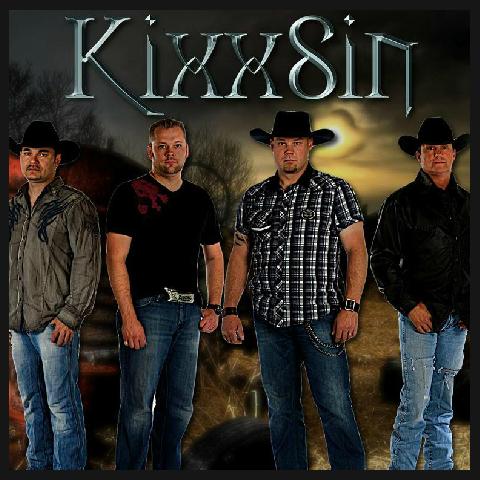 KixxSin is a genre of their own. Their reputation derives from their motto “When the band KixxSin, the party Kixx ass!” This group of talented musicians and close friends inject a new life into the music they play. Their ability to take a classic country song and rock it out or take a top 40 pop song and countrify it; personifies their diversity. All members of the band contribute vocally which o
ffers their listeners variety and depth. They pride themselves in always being current with their material and stage show.

KixxSin is no stranger to the music industry; all members of the band have played with numerous country and rock recording artists throughout past years. Upon playing together in an old honky tonk bar, there was instant chemistry and the band KixxSin was formed.

You can find KixxSin at your local rodeo, casino, festival, wedding, bar or next corporate event. They’re charismatic, they’re cutting-edge, they’re exciting so you don’t want to miss them because.......

“When the band KixxSin, the party Kixx ass!”