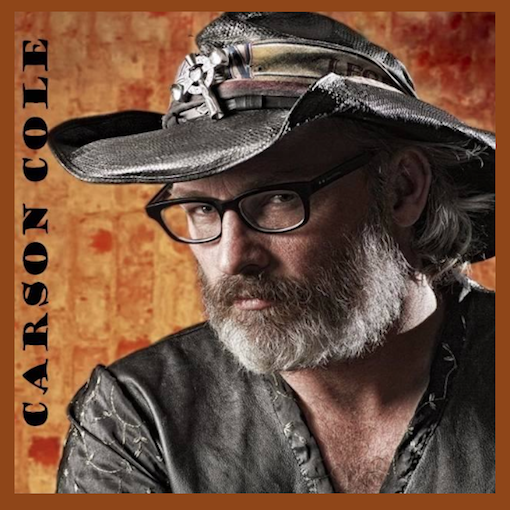 His clandestine rock star venture soon unravelled when his parents caught him beating the skins, and set him straight back on the conservative path again. Once the dust settled, Carson picked up a guitar, and for the next few years was mentored by a neighbouring farmer, Howard Hudson. He clearly had talent, and by the time Carson Cole reached 15, he released his first album, Cure for the World, through Canadian Gospel label Praise Records. And the rest, as they say, is history.

Married at 22, Carson and his wife Leanne had three children - Chris, Kody and Josie. He began playing the bar scene to support his growing family and producing music through Brown Sound Music, a state-of-the-art recording studio, Carson owned and operated. Over the years Carson's musical influence and tastes evolved. As a result, he’s been labelled everything from new age to country, to funk and rock. His Sticky album is 80s is the perfect fusion of rock and traditional blues, with some odd dance and hip hop influences thrown in there for amusement. He's been compared to both John Cougar and Bryan Adams. His major influences include Stevie Wonder, anything the funk brothers laid down in the snake pit, the Police, Led Zeppelin, especially the live tracks, The Beatles, Zappa, old school blues, and the car horn on the General Lee.

With fourteen CDs released to date, he’s toured across Canada 26 times and was instrumental in launching the careers of Wide Mouth Mason, McQuaig, and Danni Tibbo. A household name and cultural icon in the West, Carson is an amazing performer and songwriter, and best known for his original music reflecting people and places he’s connected with, story-telling lyrics, and wide vocal range. Working and touring with the likes of Colin James, Trooper, Loverboy, Brian Adams, and Terry Clark, Carson says focus and passion in life today is developing, supporting and producing the next generation of rock musicians. When he’s not producing, Carson enjoys performing with his band, featuring his sons Chris and Kody. Carson is also involved in Spring Fresh Developments and helped raise over $10M for a new vacation development is Korea.