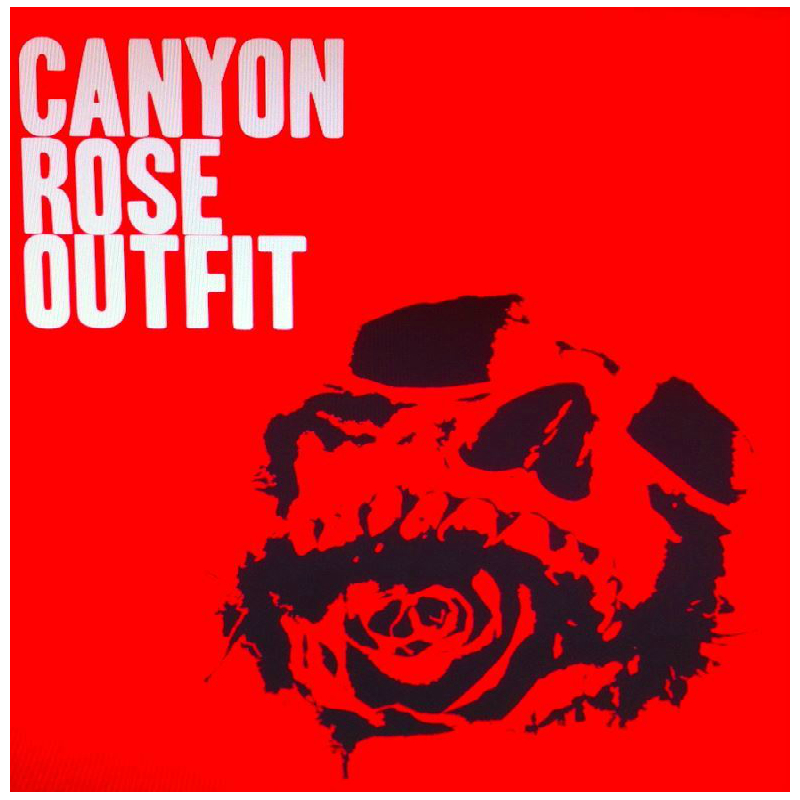 There's no easy way to say this but here it is. After close to ten years of playing together as a group, the members of Canyon Rose Outfit have decided to part ways. The past three years have marked a very long and strenuous attempt to produce an album, during which interpersonal stresses began to weigh heavily on the cohesive entity that was the band. After finally releasing Wilted Rose in October 2013, we found that we were not all moving in the same direction anymore and something needed to change. This is by no means the end of our musical careers, but rather a move that we deem necessary. We cannot begin to express our immense gratitude for all the years of support from our fans new and old, and especially from our family and friends who have been there with us from the beginning. You have been our inspiration to keep going when things were tough, by staying up with us at shows late into the night, spending your hard earned money to see a set or buy a shirt or album, or shakin it on the dance floor time after time. We love you all.
We are lucky to be able to have our last show as CRO going out on a high note this Friday at the Rainmaker Rodeo in St. Albert, AB. We will be opening for Big Sugar and Wide Mouth Mason at 7:20. We have put together a special set for our last show, and we hope you can be there. If you're interested in getting advance tickets, message any of the band members or our band page.
With love, CRO.

CANYON ROSE OUTFIT
“Despite all the amputations, you could just dance to a rock and roll station.” Lou Reed sang these lyrics in a time where rock and roll was not a brand, but a cause. A cause that some would say has been suffering to the point of near death in recent history. This dark cloud that is today’s cultural state does have a silver lining and it is the Canyon Rose Outfit.
“This roots-rock band that draws from a Band-like, Little Feat-ish vibe entertains, yes, entertains!” (gigcity.ca) Canyon Rose Outfit is a rock and roll band consisting of guitarist/pianist/lead vocalist Christan Maslyk; guitarist/vocalist Justin Perkins; Bassist/vocalist Matt Harrison, drummer Jesse Gauthier; trumpeter/percussionist Alex Pelletier. While their music is deeply rooted in the old sounds of southern gospel, R & B, soul, and rock and roll. To call the band a revival act would be an injustice to the band’s dedication to originality. The band makes their home in Edmonton, Alberta, the northernmost city in North America. This cultural melting pot has provided diverse inspiration for the young, exceptionally ambitious band. Their unique brand of rock and roll evokes an image of a royal rumble that has The Rolling Stones, Grateful Dead, Beck and Radiohead facing off in the ring. What you’re left with are Richards/Wood-style weaving guitars overtop fat grooves, dressed with some brass for class and a strong taste for improvised jams. The last two years have seen the band spread their psychedelic rock and roll all over Western Canada, having played over 150 shows in that time. The experience of a CRO show is one that will stay with you long after the last note is played. Their relentlessly energetic and captivating show will have you falling in love, breaking hearts, dancing your shoes off, and then wanting more. Their music seems to have a direct line connecting to the souls of those listening, not unlike that of Bob Dylan or Neil Young. If you see them in a small club or a 200 seat auditorium, they will play every show like it’s the last, soloing in the crowd or double drumming, and it isn’t uncommon for a show to run a length that would have Bruce Springsteen gasping for air. A promoter at the Habitat in Kelowna says of the most recent CRO show at the venue, “Wild, crazy, beautiful energy. People just couldn’t get enough!” Tirelessly working to hone their performance skills and musicianship by almost constantly gigging since the time they were 14 years old, they are seasoned vets on the stage, especially for their staggeringly young age.
The band of twenty-somethings released their second full-length effort, "Wilted Rose", on Oct 11, 2013. The release was preceded by a music video for, “Rock and Roll Hangover”, which can be found on their website (www.canyonroseoutfit.com)."Wilted Rose" is available on iTunes. Having been in and out of the studio for almost two years and after numerous recording sessions, the band has finalized 11 solid, hard-hitting, groove-based tracks. From spaghetti western-meets-Stevie Wonder epic, “Streets of Gold”, to gospel-inspired grooves, “Roofs of Cars”, and a psychedelic/alternative vibe prominent in "Space Song" and "Terrify Me", the album successfully accomplishes the bold mantra of the band: to not be pinned down by any one genre, but to carry a coherent identity that is completely their own and totally irresistible. Local media has called them, “A great band that blends parts of several musical genres, both old and new into something that’s incredibly unique and completely infectious.”
Members of Canyon Rose Outfit have been playing together in different incarnations for over ten years. They have already toured to neighbouring provinces BC and saskatchewin and plan to tour extensively across Canada in spring/summer of 2014 doing what they know best. CRO has shared the stage with many bands in the last two years including Band of Skulls, Murder By Death Sheepdogs, CCR, April Wine, Streetheart, Larry & His Flask, Wool on Wolves, Joe Nolan, and Michael Rault.
To the Canyon Rose Outfit, rock and roll is a cause worth fighting for.

Note from Barsnbands.com - The Canyon Rose Outfit graces our Edmonton Bands / Musicians Button for mobile viewers. The Photo was taken by Reggie Braydon. Thanks Reggie for the awesome photo - Cam - Barsnbands.com