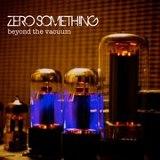 Zero Something is a three piece indie rock band, currently situated in Edmonton, Alberta, with roots from across western Canada, including British Columbia and Saskatchewan. Jake is the lead vocal/rhythm guitar with Shawn on bass/backing vocals and Brad on drums. Zero Something has been playing together for five years and has gigged extensively within Edmonton and the surrounding areas. The music has been influenced by a wide range of artists from Nirvana to Beethoven, creating a blend of poppy vocal melody lines supported by a toe tapping, distinctive background. As a great man once said, "all influences but no influences" contribute to the bands' unique sound. Zero Something was recently featured on two compilation CDs released worldwide as well as on a local television show. The band has just recorded a full-length album and the future looks good as they plan to take their music on the road. Keep an eye out as they may hit your town… .