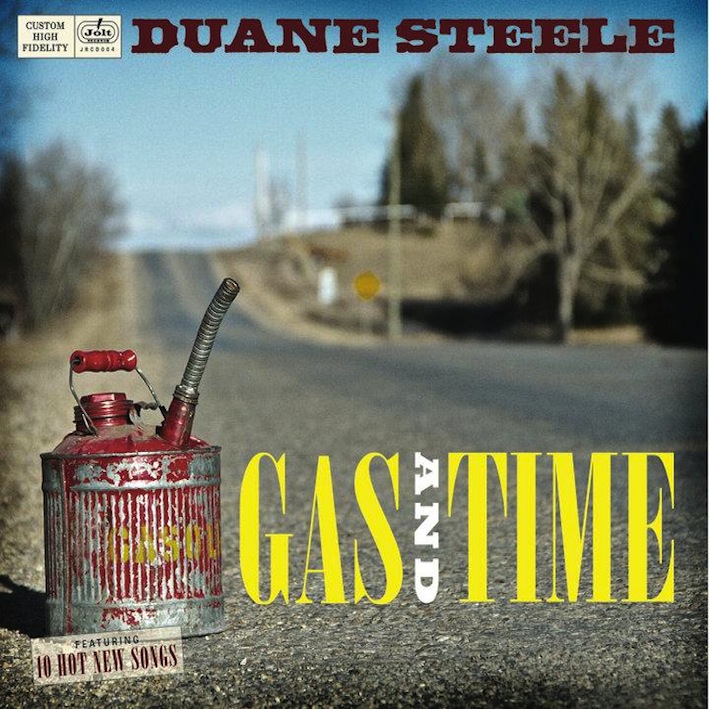 Duane Steele is among Canada's top country recording artists and songwriters with a professional career dating back to 1984.
Born and raised in the small Alberta Peace Country town of Hines Creek, music was a big part of Duane's life growing up. He fondly remembers parties at his parents home with everyone sitting around singing and playing various instruments. As teenagers Duane and his cousins started a band spending summers and weekends playing for weddings and community dances.

In 1984 Duane's professional career began, fronting the band Rock 'N' Horse. Their album, Highways, was released in 1991. Despite top 20 singles, non stop touring, and a Juno nomination for Country Band of the Year Rock 'N' Horse disbanded in 1993. Duane took this opportunity to pursue his goals as a recording artist and songwriter, landing a publishing contract with Warner Chapel in Nashville. This full time job as a staff songwriter allowed him the privilege of working with and learning from some of the most talented writers from the United States and Canada

In 1995 a showcase at Canadian Country Music Week in Calgary resulted in his signing a recording contract with Mercury Canada. Duane's solo debut album "PO Box 423" was released in February 1996 and saw his first three singles go Top 5 on the Canadian Country Charts, including the #1 Hit "Anita Got Married". His sophomore release "This Is The Life" was released a year and a half later and furthered his presence on the Canadian music charts with all six singles released achieving Top 30 chart position (two becoming Top 10 hits). In support of both albums Duane released seven music videos on CMT (three of which went to #1).

Touring and promoting became a way of life for Duane once again. He was on the road traveling with his CCMA award winning band opening for some of the hottest acts in country music including Shania Twain, Terri Clark, Trisha Yearwood, Sammy Kershaw, and Prairie Oyster. In 1997 Duane was the winner of the CCMA for Vocal Collaboration of the Year with Lisa Brokop for the single "Two Names On An Overpass".

In the spring of 1999 Duane returned to Canada to focus on his recording career. His third solo album "I'll Be Alright" was released in August 2000 with seven singles released to radio and three videos released to CMT. In 2001 Duane was rewarded for his first independently released album by winning the Independent Male Vocalist of the Year Award by the CCMA.

2004 saw the release of "Set List". A best of album including 17 radio singles from his three previous solo albums and three new songs that were released to radio. A video for the song "Better Man" was filmed in Calgary for CMT.

July 2006 is the release date of Duane's newest project "Ghost Town" which he co- produced with recording artist, songwriter, and producer Steve Fox. Duane is extremely proud of this 100% Canadian album! This is Duane's first time assisting with the production side of the recording process. He is also excited to have national distribution through Icon Records with Universal Canada.

Duane's pure voice and natural stage presence makes his live shows a must see. Fans relate to his lyrics and song writing style. When he is not touring or working on his own projects he is often writing with other artists. Production has been a natural progression and he looks forward to working in this area while continuing his own solo career.