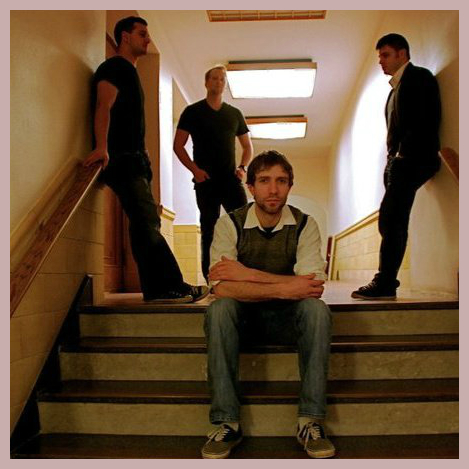 Short of Able is a product of the Edmonton indie music scene. Its members – Justin Wisser (vocals/guitar), Devin Phillips (guitar), James Rutherford (bass), and Colin Ouellette (percussion) – fell together through a mutual addiction to live music. Though the band is influenced by many artists, Short of Able has developed its own brand of acoustic folk-pop rock that is less definable than many bands.

The band released their debut full-length album ‘Far Away and Out of Sight’ on April 2, 2011. Since then, the venues started filling up, and the band’s motivation grew with it. The rest of the year saw Short of Able play several tour dates in Alberta, Saskatchewan and B.C. Along the way, they’ve been well received at cafes, clubs, and festivals, and have shared the stage with the likes of An Horse, Girls Girls Girls, The Wheat Pool, Yukon Blonde, the Details and Current Swell.

The band has spent the last 8 months recording and producing its sophomore album. Titled ‘The Last One’s Gone’, the band’s second outing was released on October 20, 2012, and is genuinely an in-house product. The album features 15 songs that were entirely recorded and produced directly by the band. The album is an ambitious follow-up to the band’s debut and promises to push Short of Able towards greater success throughout Canada.
Instrumentation
Justin Wisser - Vocal & Guitar
Devin Phillips - Guitar
Colin Ouellette - Drums
James Rutherford - Bass

Discography
Home EP
Far Away and Out of Sight LP