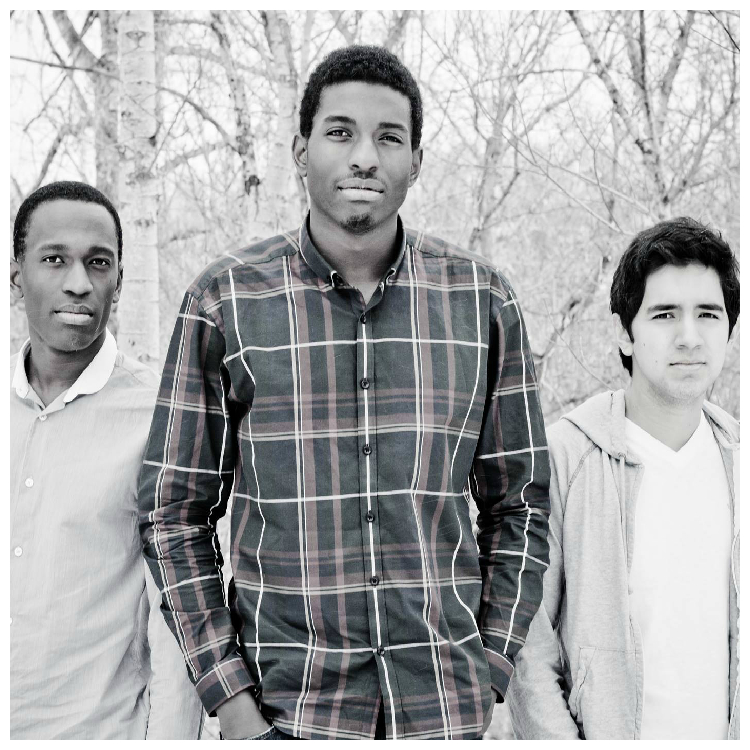 The Etoroma Trio is a Canadian based group comprised of Daniel Etoroma, Efa Jr Etoroma and Edwin Alvarado. Starting in 2006, as a solo project the group expanded into a trio format in 2012 to further explore the sonic possibilities of Daniel’s original music.

Taking influence from Rock, R&B, and Blues genres the group presents a fresh brand of Pop music. The Trio is known for capturing the feeling and sophistication of the music that has influenced them to create original music that is filled with infectious melodies, youthful energy, and maturity, despite their young age. As a part of Edmonton’s fertile and forward-thinking music community, the group strives to bring forward music that is substantial, and uplifting.

With a number of major performances under their belts, at venues such as the Francis Winspear Centre, and Churchill Square, the Trio is excited to start 2013 with an Edmonton Music Awards nomination for ‘Artist to Watch’, a cover feature of the trio’s drummer, Efa, in Drums Etc magazine’s February/March 2013 issue, and a collaborative project with producers Sammy Golom, and Ian Locke.