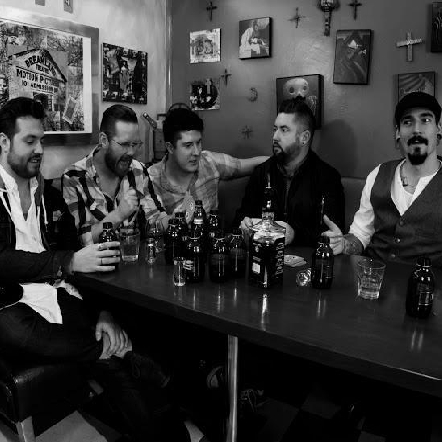 Described as “Whiskey-fueled Folk Rock anthems for people who like to party,” Owls By Nature puts on an amazing live show. Since their inception in April 2010, Owls By Nature have been ruffling feathers, making audiences and well-established local acts sit up and take notice. Consisting of Ian McIntosh (Vocals/ guitar) Sean Hamilton (Bass/ vocals) Cory D. (Banjo/ Vocals) and Kate Paradis (Drums) they have their own unique brand of folk rock that brings energy and stage presence that invigorates any crowd.

Following the huge success of their sold out debut album release party at one of Edmonton’s premiere live music venues, they have already begun pre-production on their 2nd album. Also, they have solidified multiple dates on a cross Canadian tour and beat out stiff competition for 3 showcase spots at various music industry conferences. These guys have lofty and ambitious goals, but they’re ready to go the distance.

People Are Talking…
“In the time I ran Lyve on Whyte, I saw well over 200 live shows and Owls By Nature’s set was easily in the top 5 best performances. I think there is a ton of untapped potential in the band and we will be hearing a lot about them in the years to come.”
- Jay Sparrow – Break Pattern Records, Lyve on Whyte GM, Edmonton AB

“One of the funnest and high energy bands I have ever had the pleasure of hosting!”
Adam Potts, The Cliffs GM, Enderby BC