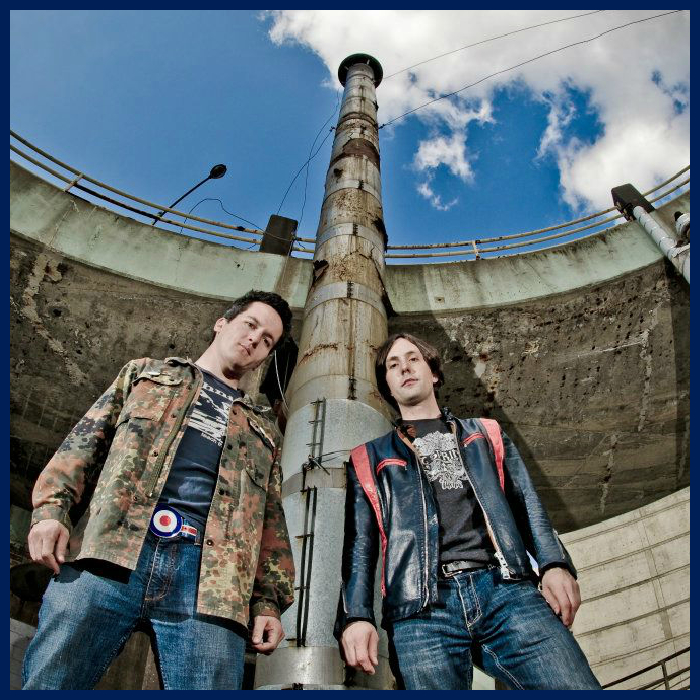 Red Ram blends modern beats with vintage riffs and vice versa. In the studio, the artistry and maturity of the band shines through while the in-yer-face, rockin' live show brings its evocative, catchy songs to another level.

Red Ram is known for cutting-edge sounds, skilled songwriting, polished variations and a wide appeal. The band's music mixes modern and vintage sounds, melding trip-hop breaks with metal beats, and putting forward fresh ideas while maintaining a gritty rock 'n' roll ethic. Some call it electro-grunge, but most feel that label is too limiting. One thing's for sure: Red Ram produces catchy tunes that smack of innovation and creativity.

Red Ram began as a duo project, featuring the songwriting of Mark Feduk and the production of Doug Organ, with most of the instruments on their first album Stars Ablaze (2006) being tracked by one of these two talented musicians. Since, Red Ram has formed into a quartet of seasoned Canadian artists. Bill George's keen ear for cutting edge breaks and beats make him the perfect drummer for Red Ram’s medley of genres. Sean Brewer and Kiron Jhass round out Red Ram by adding their multi-instrumentalist talents to the group.

In 2010 Red Ram released Slip Away, its most polished and cohesive release to date. Just like Stars Ablaze, the new album has received radio play on both commercial and community radio stations across Canada. The future continues to look bright for Edmonton's own Red Ram.

Stars Ablaze and Slip Away are available for sale at stores across Canada, and is available worldwide online through iTunes, cdbaby.com and redram.ca.

“it’s refreshing to hear a rock band like Red Ram that is about songs first and foremost, and uses technology to augment their sound... not the other way around”
-Renato Pagnani, SEE Magazine, Edmonton, 2008

“flavoured with rock of the 80s-feeling electro variety, but the open, warm production and prevalence of good guitar keeps it from sounding inorganic a good thing, because your girlfriend’s gonna play the hell out of it”
-Rick Overwater, BeatRoute, Calgary, 2007

“(Stars Ablaze is)loaded with canyon-deep grooves that provide plenty of winding twists and musical rapids throughout... while much of the disc makes it difficult to sit still when listening, songwriting frontman Mark Feduk can still reign things in when he wants... and gives the music some legs to go the distance”
-Eden Munro, Vue Magazine, Edmonton, 2007