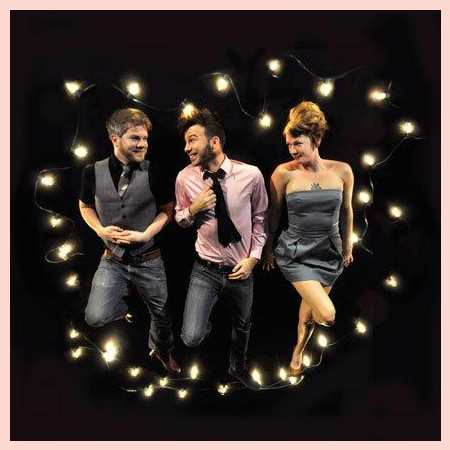 Picture the Ocean is everything you want it to be and everything you never knew could be. It’s an instruction to put your thoughts somewhere else. It’s subjective. It’s different for everybody. No one pictures it quite the same. It can be as serene as calm water, and as turbulent as a winter storm. Picture the Ocean conjures the entire spectrum , and embodies the same distinction. Simple / complex. Deceivingly complex. Highly visual, highly emotional, and incredibly passionate.

Picture the Ocean is refreshing alt-pop delivered by a powerhouse trio that sounds twice its size.

Formerly known as the group Jesse Dee & Jacquie B (JDJB), Picture the Ocean is the new name for an already well-established act. The new band name marks a departure from a more “roots” style of songwriting typically associated with JDJB, as well as a move towards more involved creative collaboration. A big part of this new fusion of ideas is the addition of full time drummer/vocalist Matt Blackie.

The brand new album Picture the Ocean (self-titled), 2012, is the follow up to Our Ghosts Will Fill These Walls (Sept. 2011) – an album which charted for 8 weeks straight in the top 10 on !earshot! and is still charting across Canada. Very much on the heals of their previous offering, Picture the Ocean is a collection of songs/stories which have developed in the last year of hard touring together. Right from its inception to the recording process at Sound Extractor Studios in Edmonton, AB, it is a truly unique take on rock music that will leave you wondering where on earth this band came from.