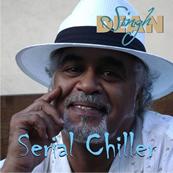 All musical roads lead back to Edmonton, Alberta, Canada and the extraordinary musical family I was born into. Ear training was unavoidable and the interaction with world renowned artists was the name of the game at the Singh house. ''Funny thing about that is my ears became so good that I was constantly ending up playing with schooled musicians who assumed I was. In the mid sixties the family moved to Victoria, BC a stone's throw from the big city music action of Vancouver and Seattle. Wide ears in tow and with access through family to the music scene, the future was set.

" I remember hanging around the clubs and getting to as many live events as I could to see the stars of the day, many of which I have now played with, in fact since 1969, I have played with so many well known established recording artists I sometimes forget how fortunate I've been.''

Having shared stages with all manner of big name international artists such as BB King and others, my greatest moments in musical sports have come from bass support of the following Canadian artists.....................

"I am totally humbled and knocked out that I have played with these people, if you don't know who they are you should, the wonders of the internet makes that easy.''