Sermon on the Mountain 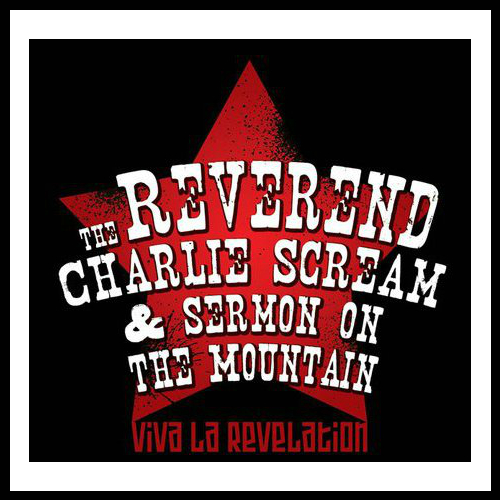 Sermon on the Mountain

Sermon on the Mountain is a collection of musicians that play bluegrass, junkyard gospel, ragtime, blues rhythm & soul music. The band primarily consists of acoustic guitar, keyboard & trumpet, bass, electric guitar and drums. The band closely resembles the Channel 4 News team from Anchorman, and they'll never turn down a shot of whiskey or scotch.

In the beginning of Sermon of the Mountain, there was the Reverend Charlie Scream. The singer / songwriter / minister had created many tunes with glorious chords and lyrics. But something was missing, so on the 2nd day he incorporated Bootsy Cline (the bass player / whisky aficionado from The Give ‘Em Hell Boys) on bass guitar into the band. And there was structure with vocal harmonies and it was good. But it was not yet complete, so on the 3rd day he added Flyin’ Jay (the Pastafarian minister / keyboard & trumpet player) into the repertoire. And there were instrumental harmonies and soul, and it was better. But Sermon on the Mountain was still not yet complete, so on the 4th day he added Mike Sadava on the electric guitar. And there were more vocal harmonies with rockin’ guitar solos and it was even better. But alas, there was still something missing. So on the 5th day he added Sunny Wells on the drums. And there was more structure and tightness with the drumming and it was great.

And lo and behold, the Sermon on the Mountain was complete (though they have some guest musicians from time to time). They had set forth to preach the gospel of drinking, partying and pants-less-ness in the holy lands of Hooliganz Pub, Eddie Shorts, The Artery, New City Legion, and other pubs & taverns around Edmonton. And on the 28th day of December 2012, they had finally uploaded some recordings of their preaching onto their Facebook and reverbnation pages – and there was much rejoicing. HALLELUJAH, CAN I GET AN AMEN? Join our congregation to keep up to date on event dates and an eventual CD release party!