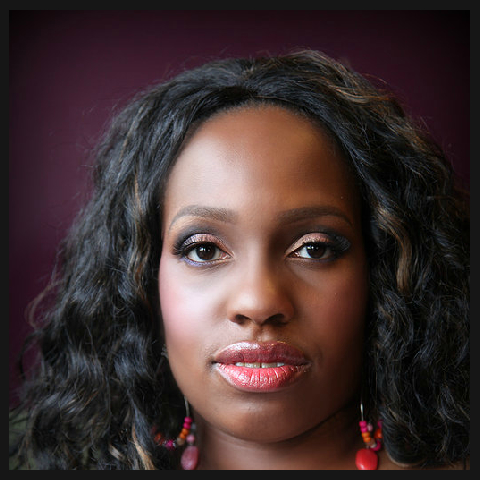 One of Canada’s most soulful singers, Karella "DJ Diamond” Cummings delivers like no one else. A life time of singing and playing multiple instruments, and growing up listening to Calypso, R&B, Reggae, and Rock, has produced Karella’s ability to adapt to multiple music genres including R&B/Soul, Soca, Reggae, and more.

Bursting onto the music scene singing with her group Sweetness, Karella lead the group to become one of Alberta, Canada's most popular girl groups. While the other members pursued other dreams, Karella continued her musical journey as a solo act.

​In 1999 she won a local singing competition where she belted out her rendition of Yolanda Adam's "That Name". In 2001 she entered the Miss Black World Canada pageant where she competed against 30 woman from all over Canada, and took home the award for Best Talent. She continued She performed at many events, pageants, and competitions throughout Canada, singing for dignitaries, government officials, and public figures. ﻿Karella's interests in music lead her to learn how to play the flute, saxophone, bass guitar, keyboard, and the drums which she has played since the age of 12.

​Still yearning for more in 2003 she created her alter ego DJ Diamond and started to play and weddings,and private parties. Since then DJ Diamond has played at some signature events and nightclubs spinning every genre from Reggae to Pop to Country.

﻿A true community spirit, Karella formed the West Indian Canadian Cultural Association. A group aimed at uniting second generation Caribbean-Canadians, and spreading West Indian culture. She was recognized for her efforts and was named one of Edmonton's Top 20 under 30.

Never forgetting her true love, singing, Karella returned “home” to the birthplace of her parents, Trinidad and Tobago, to share her talents internationally. Inspired greatly by the rich culture, history, and family connections in Trinidad, Karella is creating a unique blend of music that represents all aspects of her Trinidadian and Canadian culture.