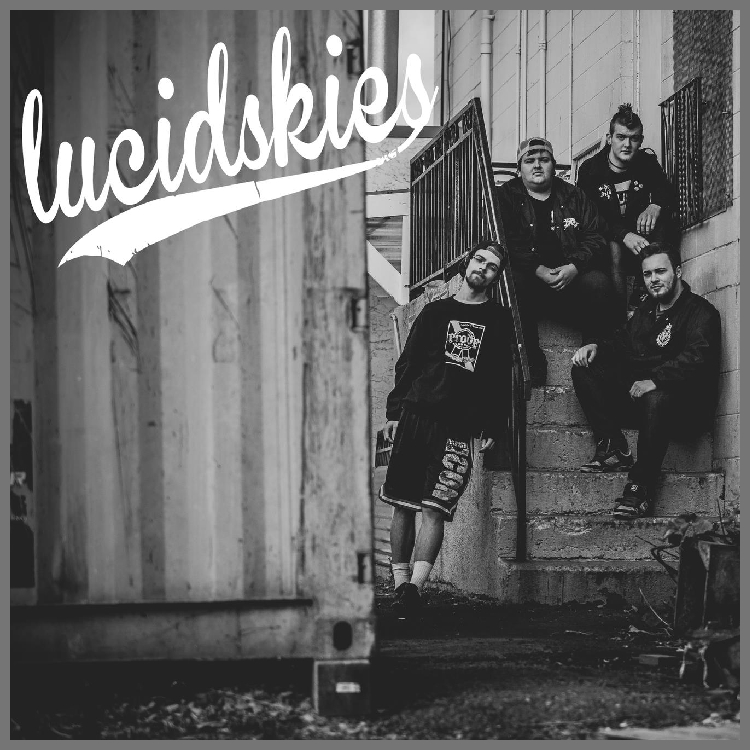 Fusing classic hardcore with infectious melodies, Edmonton’s own Lucid Skies bring aggression and stage banter that invites the crowd to become a part of the performance. Since their 2009 formation they have shared the stage with Fall City Fall, Blind Witness, Fall In Archaea, and Breaking The Fourth Wall, to name a few.
Aggressive vocals combined with melodic riffs allude to metal, while sticking to their hardcore influences (Comeback Kid, The Holly Springs Disaster). Instrumentally, Lucid Skies draws from d-beats, breakbeats, and breakdowns. The new album, "Hounds" is peppered with chugging bass lines and complimented by rhythmic guitar arrangements.
Their origin story is simple: Jesse Berger kick-started the process for collecting members and establishing a sound for Lucid Skies in Edmonton in 2009. Soon after, Berger recruited Nick Ogden to enhance the overall aggression and build their signature sound. Many of the members would frequent Avenue Theatre (formerly Avenue Skatepark) and attend local and touring hardcore and metalcore shows. It seemed it was only a matter of time before Sam Jackson (bass), was bullied by the band to join, and soon followed after by Justin Smith (drums) as the final member for Lucid Skies.
After becoming a staple on the Edmonton music scene, Lucid Skies are ready to unleash their follow up EP to ‘Grudge Match’ (2012). The Western Canadian tour dovetails with their 2013 release, "Hounds," released Tuesday, November 26, 2013 online (Amazon, iTunes, CD Baby, Bandcamp).