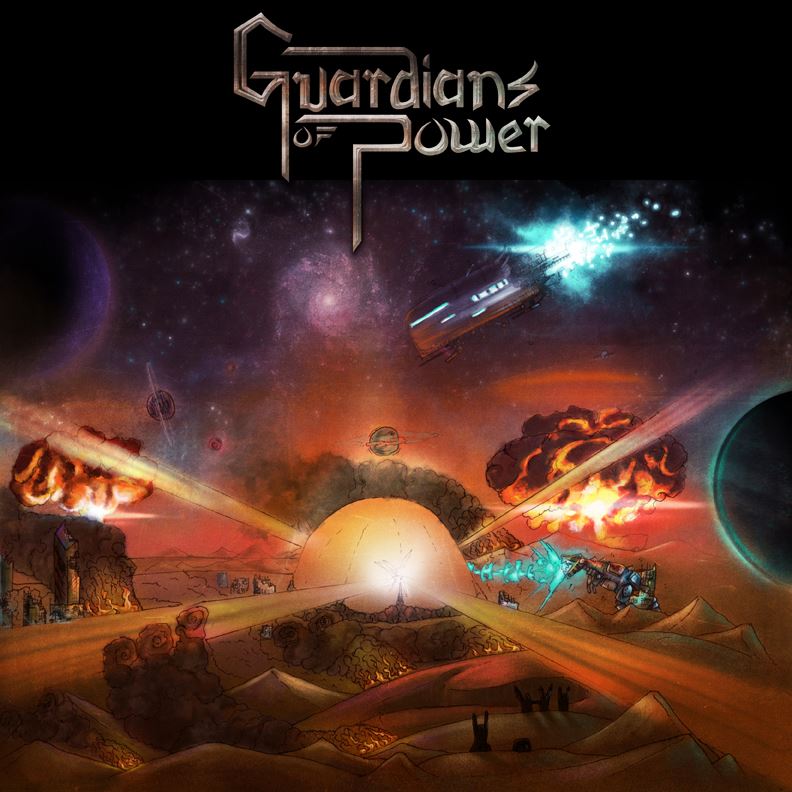 Started in 2004 by Mathias Power and Cole "Cobalt" Metal, Guardians of Power set out to bring high energy speed/power metal to Western Canada and the world. Suffering though several ups and downs and countless lineup changes the band soldiered on through 2005/06 with a semi-stable lineup consisting of Mathias (guitar) , Cole (vocals) , PowerSerge (keyboard) , Captain Space Wizard (guitar) , Chris Staples (drums) , and J.A.M.E.S. (bass). At this time several songs were written which continue to be included in the band's setlist to this day. While a handful of shows were played during this time very little audio or footage exists from this era.

By the beginning of 2007 major changes took place for Guardians of Power; gone were Cobalt Metal, Chris Staples, and J.A.M.E.S. While new material continued to be produced by the remaining 3 members, finding new members to solidify the band proved to be rather difficult. As 2007 came to a close the future seemed bleak, though things were about to change.

In early 2008, Captain Space Wizard (Jeff Nelson) decided that since finding a drummer had proven to be quite a challenge that he would handle drumming duties. Soon after, in the spring of 2008, Omni-Tom and Derek Rolph joined on guitar and bass respectively. The final piece of the puzzle was Mathias Power deciding to handle lead vocals as well as guitar for the band. Through the remainder of the year the band rehearsed, wrote new material, and prepared for the impending return of Guardians of Power.

Since Dec. 2008 the band has played consistently through the Edmonton area, playing with Edmonton's best local talent as well as many touring acts from around the country. While Derek was eventually replaced in spring 2009, new bassist The Armaguardian (Jordan Steidel) has fit in famously with the band and has proven to be a vital addition.

After a series of successful shows throughout the winter/spring of 2010-11 supporting and headlining shows with top local as well as touring artists, Captain Space Wizard felt his mission was complete and decided he would be leaving Guardians of Power. His years of service and continued friendship will always be a part of the band and he is considered to be a permanent, though inactive, member of the group.

To replace the sudden void a new drummer was recruited in spring 2011, enter Professor Rhythm (Thomas Redmond). He brings a background consisting of many different styles of metal and contemporary drumming, all of which he has begun to incorporate into both old and new songs. With this addition, Guardians of Power have begun to incorporate several progressive elements into established songs, breathing new life into material while still maintaining the energy and speed people expect from the band.

With our bassist following the star constellation of his own path, a new eager bassist emerges from the ashes of MUMU-OBSCURA and rips apart the deadly 4 strings of heat seeking death adding even more rumbling, stampeding carnage to guardians of power already tightly established sound...enter....the age..NO....the ERA of ...Nils Markstrom.