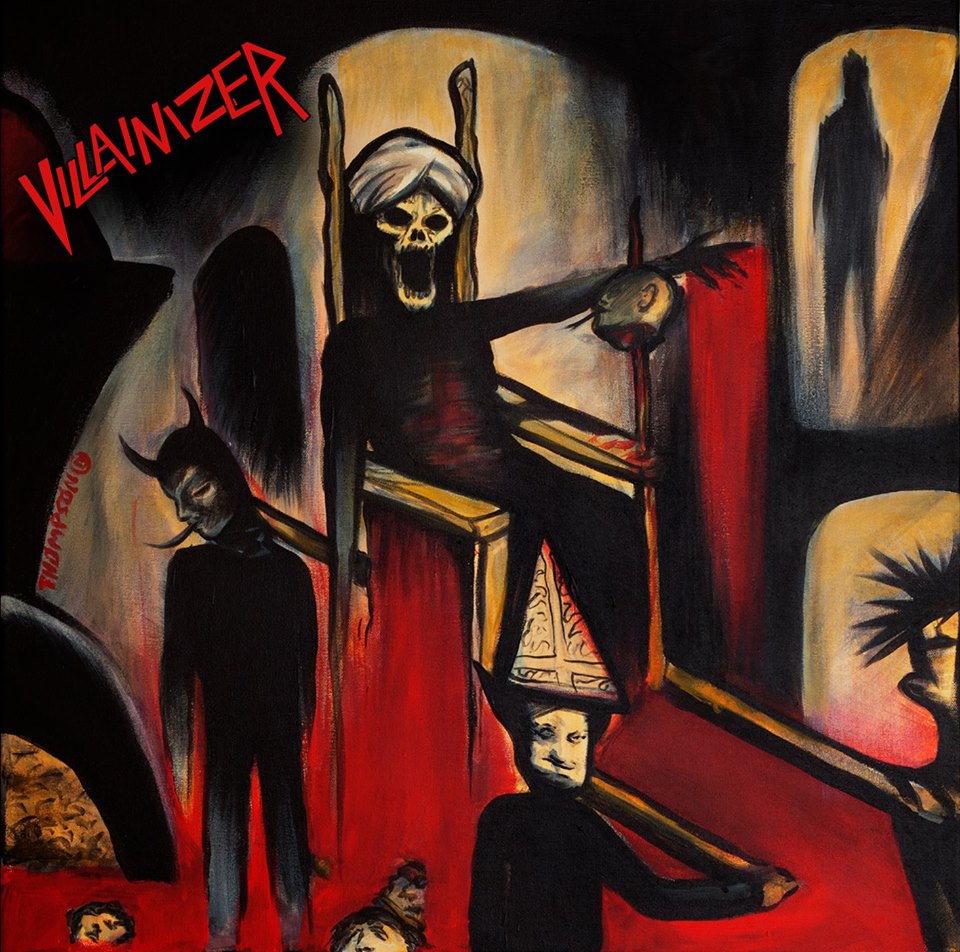 VILLAINIZER is the brainchild of ROB THE ARAB VILLAIN, started in the summer of 2009 with simple midi recordings on a myspace page as a way for RAV to market his personal musical exploits.

In the summer of 2010, RAV met with SAM THE JEWISH VILLAIN (Sam Levitt, TROLLBAND) to record THE VILLAINIZING EP. The EP was recorded in 8 hours in Rav's bedroom, and was recorded/mixed/mastered by Sam. Lending his guitar virtuoso-like talents to the album, and exploiting his flair for shred, JOHN THE SADDLEBAG VILLAIN (John Saturley, THE ORDER OF CHAOS, EX-SKEPSIS) played some of the solos on THE VILLAINIZING EP.

In 2011, RAV met with Sam Levitt again to record the I Bomb New York album, an album revolving around the many racial stereotypes that the arab nations and people are confronted by. RAV wrote and performed all the songs on both the "Terrorist Metal" single and "I Bomb New York", with local musicians lending their talents (Drew The Druciferian Villain Copland, Tylor The Titanic Villain Dory, and Amanda The Wenchy Villain Kiernan). Terrorist Metal was released on 9/11 2011, the 10 year anniversary of the 9/11 attacks, in the form of a free promo disc, limited to 500 copies. It also features a bonus track, 'Terrorist', a parody of Carnivore's self titled track 'Carnivore'. The I Bomb New York album was released Fall 2011, and included the 5 tracks from the Villainizing EP in their original state, as well as a parody of the intro to Raining Blood entitled "Post-Bombem (A Song For Osama)". I Bomb New York was met with critical acclaim, being quoted as "a tongue-in-cheek jihad" and "The most offensive album of 2011". The album featured 11 songs, each pertaining to a racial stereotype of arabs and used satire to play on those stereotypes. Rob "The Arab Villain" said "I like to take the sadistic side of a stereotype, not the sympathetic side, and play off of it".

December 21, 2012 marked the dawn of another release, 'True Me(n)tal', a 4 track EP on the many ways Heavy Metal drives one mental. This is the second EP released by Villainizer, and still independently, exclusively on vinyl, and limited to 500 copies. With Sam 'The Jewish Villain' engineering, Jasio 'The Lunar Villain' mixing, Richard 'The Trillium Villain' mastering, Tylor 'The Titanic Villain' guest soloing, Josh 'The Irish Villain' drum programming, and Rob 'The Arab Villain' writing and recording all instruments and vocals. All copies of True Me(n)tal will also include a download card for the mp3 version which includes a bonus 5th track; a Jimmy Hendrix Pardoy of 'Manic Depression' entitled 'Metal Depression'

With 2013, Villainizer headed to the studio to record their second terror-clad full length entitled 'Reign In Terror', a play off of Slayer's 'Reign In Blood'. The lyrical themes and arabian thrash that everyone has come to know wasn't changed, but this time around the album featured a full line up (and real drums!). Josh "The Irish Villain" Needham on Drums, Trent "The Quantum Villain" Halliwell on Guitars, Drew "The Druciferian Villain" Copland (Death Toll Rising) on Guitars, and Tim "The Tombstone Villain" (Ex-Kobra and the Lotus) on Bass. Set to be released Fall 2013. "This album will be our thrash opus" stated frontman Rob "The Arab Villain". "I can tell this will be our best thrash album, because the direction of the band is gonna change over time. Don't expect "hard rock" nonsense, but I see a darker future in store for us... "