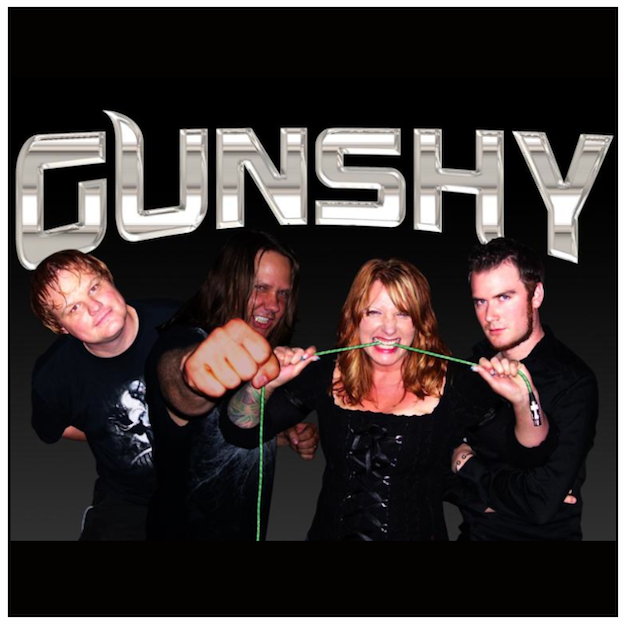 Gunshy is an ambitious metal band based in Edmonton, Canada. Inspired by progressive bands like Avenged Sevenfold, Tool and Dream Theater, Gunshy is always pushing the limits of their high calibre musicianship, while maintaining a sound that is very accessible and appealing to a mass audience.

Led by brother and sister duo Trev (guitars) and Lorana Fury (vocals), this band has evolved over the years to become one of the most talked about bands in the Central Alberta region.

Spring-summer of 2011, Gunshy will share the stage with tons of exciting bands, such as Kobra and the Lotus, Kriticos, Seether, Three Days Grace, 5 Finger Death Punch to name a few.

With the addition of Frey Banman (formerly of September Stone & Wish) on bass and J (formerly of Fear of City) on drums, Gunshy is ready to hit the studio to record. Check out their new single "Devil Made Me", mixed by Scott Greene & mastered by Nick Blagona. One thing is obvious when you listen to this track or see Gunshy perform live. You can expect great things from this band. They can deliver.