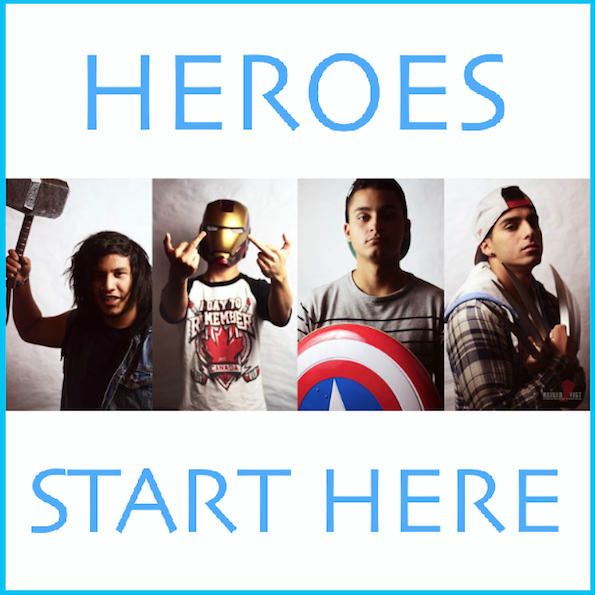 An Edmontonian amalgamation of alternative rock and pop punk. Heroes Start Here are four best friends, creating and playing music for the underdogs.

Rustling jimmies since 2009, Stefan, Jon, Pablo and Johnny are best friends that have been creating and playing music for the underdogs. Primarily, their music is an amalgamation of alternative rock and pop punk, but also draws various influences from the spectrum of rock music. Heroes Start Here are hard at work on their new upcoming EP, Atlas, scheduled for a winter release! Keep it locked for more details!