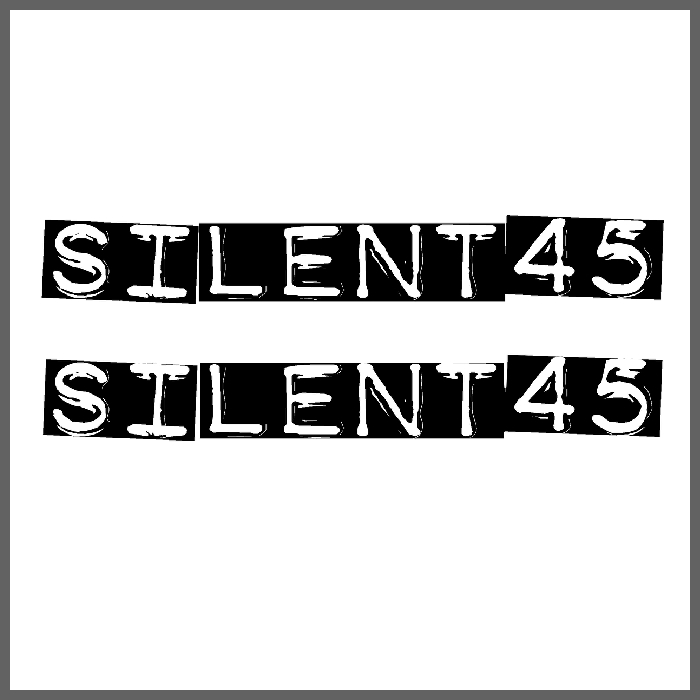 It would be easy to call the music Rock and Roll, because the first demos clearly are that. However, the goal is to be as The Beatles were – ever changing, growing and moving artistically and stylistically. Although there are plenty of drums and guitar right now, there’s piano, acoustic and symphonic instruments coming soon. Early comparisons of the recent demo recordings are to Foo Fighters and Pearl Jam; as more is put to tape the comparisons could be to Muse and Coldplay, possibly with a dose of U2 and Jeff Buckley. Though the project is firmly rooted in rock, Silent 45 hopes to keep its audience guessing what will be around the corner.

Jeff Dick and Dave McMath are the principal songwriters. Having both started out on classical instruments, they met in high school and promptly bought guitar amplifiers and drums - thus ruining any chance at careers as classical instrumentalists. Working more separately than together after attending music school, they re-connected by way of a new cover project in 2009, and slowly started writing songs together in late 2010 which ultimately became Silent 45.

In their travels and work with other musicians, Jeff and Dave met Ben Shillabeer and Holden Daniels. Ben plays drums rather well with bands like Shelbi and Sister Gray, and Holden plays bass (also rather well) and is the brains behind My Sister Ocean, a music-industry-rule-bending project. In an interesting twist, after recording demos for this project in May of 2013 the four of them became Jay Sparrow’s backup band.

In the meantime, Jeff and Dave have continued to write more songs, and inaugural shows are being booked as of early 2014.