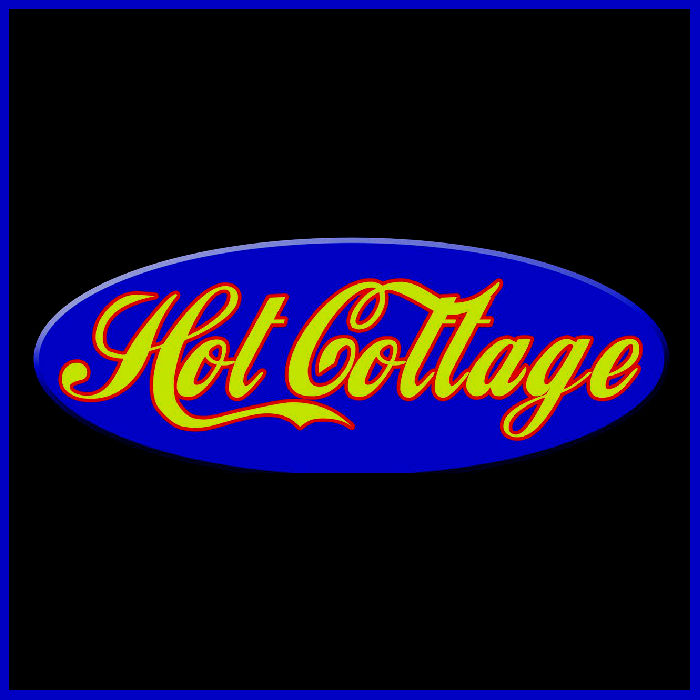 Hot Cottage, based out of Edmonton, Alberta Canada has been in existence since 1970. It is an extremely versatile group that is at home playing everything from delta style to big band blues; from swing to slow blues and from blues samba to barn-burning boogie. The group plays both re-arranged and self-written pieces, with something for everyone. It is no wonder Hot Cottage appeals to a wide age group.

Hot Cottage began its roots as a three piece group, influenced by such blues greats as Robert Johnson, Leadbelly, Willie Dixon, Muddy Waters, Albert King, B.B. King, Otis Rush, Memphis Slim to name only a few. They also began integrating the punchy sounds of the British blues explosion during the sixties. The Cream, John Mayall, Peter Green, Jeff Beck, Eric Clapton and a host of others all had an influence on them. The group is noted for their original compositions as well as their ability to present totally reworked versions of pieces written by other artists.

In 1972, Willie Dixon and the Chicago Allstars toured through western Canada, with Big Walter (Shakey) Horton on harmonica. Thanks to Holger Peterson, who would go on to form Stony Plain Records and become a legend in his own right, Hot Cottage teamed up with Walter Horton to record a 45 rpm record “Joe Chicago”. Later that year, Holger brought Walter back to town to lay down tracks for a full LP, which was first released by London Records as: “Walter Shakey Horton with Hot Cottage”. Shakey Horton has since passed away, but has been written up in blues anthologies for his important influence and innovation in blues history. This album has been released in Canada, the U.S., Britain and Europe and continues to be re-released. The most recent re-release was through Stony Plain Records in Canada and it continues to sell steadily.

The Hot Cottage lineup consists of the Steve Boddington on guitar and vocals, Brian Koehli on bass and Linsey Umrysh on drums, Mike Yuzwenko on Hammond organ and piano and Hank Lionhart on lead vocals have made the group versatile, tight and powerful.

The original Craft Horns are ….Ken Hoffman on baritone sax, …Don Berner on tenor and alto sax as well as clarinet ……and Joel Gray on trumpet and coronet. This powerful trio cut their teeth playing funk and jazz in many big band formats over the years. In addition to their work with the Edmonton Jazz Orchestra, they have worked with artists such as P.J. Perry, The Temptations, E.C. Scott, Tilo Paiz, Gary Guthman, Sunny Wilkinson, The Edmonton Symphony and many more. Lennie Picket of Tower Of Power fame and Saturday Night Live, used their expertise for a series of concerts given in Edmonton in 2001. Don Berner has several Jazz albums under his belt and hosts the program, “A Time For Jazz”, on the CKUA radio network. The newest addition to the Craft Horns is Audrey Ochoa on trombone (2006). In addition to the Edmonton Jazz Orchestra and her own trio, Audrey has performed with such notables as Tom Cochrane, The Temptations, The Powder Blues, Colin James and many others. Although they all also pursue solo careers as educators and lecturers, the Craft Horns come together as a special treat. The Craft Horns have been wowing audiences with Hot Cottage on a regular basis since 1998.

When Hot Cottage and The Craft Horns join forces……….they rock!

As far as great blues and more is concerned, Hot Cottage and the Craft Horns deliver the goods. If you want to experience a great sound, don’t miss them next time they play.

For further information, you can contact Hot Cottage directly at:
edmaudio@planet.eon.net or hot_cottage@shaw.ca