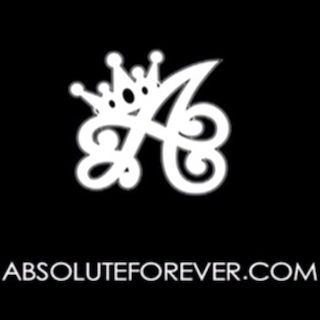 Sam Halaby a.k.a. ABSOLUTE was born and raised in Edmonton, Canada. Like most young Canadian boys, he dreamt of playing in the NHL. What started as a hockey dream fortunately turned into a music career.

Throughout his hockey career, road trips and hours of traveling on buses served as his creative pod for writing music. A talented soul passionate about music, he started writing songs when he was eleven years old and developed a boundless appetite for writing…especially prior to games to relax himself. After a car accident ended his highly touted hockey career, he moved on from his beloved sport and went into the family restaurant business. While bartending and managing, napkins and bills became ABSOLUTE’s lyrical canvas. For years, his dreams of being in the music industry gnawed at his soul. One night after closing his Uncle’s restaurant, everyone gone, he sat alone in a booth and contemplated his life. Coincidentally he received a call from a good friend that echoed his feelings. He knew that was a sign. The next day he booked a local studio and time off work. In February 2010, he gathered his library of lyrics and went into the studio and poured his heart and soul into the microphone for first time.

During his first studio sessions, ABSOLUTE contacted one of his favorite lyricists, multi-platinum and Grammy Award nominee Kurupt for a potential collaboration. After a few emails, recognizing the serious talent of ABSOLUTE, Kurupt was down and got on the phone to discuss the direction of the track. The end result was a hypnotic beat matched with fierce back and forth lyrics titled “Truth Hurts". ABSOLUTE also reached out to Grammy Award winning, number one billboard chart artist Beenie Man to collaborate on one of his tracks. Appreciating ABSOLUTE's talent, the multi-platinum artist was happy to join forces. This led to the creation of “She Got Da Credit”, a brilliant fusion of reggae and hip-hop, which is soon to be released.

After releasing his first studio session tracks through his social networks, the result was overwhelming. Gaining popularity in his hometown, the word started getting out about this extraordinary undiscovered talent. The growing popularity led ABSOLUTE into a meeting with a major independent label in July 2010. At the same time he reconnected with a cousin who recently came back from overseas that shared the same dream of being in the music industry. An entrepreneur with several years of business experience, he decided to join ABSOLUTE on his journey and they co-founded their own record label, Twelve.5 Records (twelve point five). ABSOLUTE moved to Vancouver and for the last 18 months the Twelve.5 family has been working diligently on getting ready to re-launch ABSOLUTE to the masses. During this time, ABSOLUTE has been working with singer, musician and Grammy Award winning music producer Chin Injeti (who has worked with the artists such as Dr. Dre, Drake, 50 Cent, Clipse, and Eminem). Recently ABSOLUTE has connected with his good friend producer Troy Samson (Kelly Rowland, Kreesha Turner, Snoop Dogg, Moka Only) to create a global party track that showcases ABSOLUTE’s fondness of Middle Eastern beats combined with his energetic hip hop flow. The addition of Craig Smart’s vocals adds a catchy R&B flavor to this creatively cool track.

ABSOLUTE continues to create music with traces from his wide-ranging musical influences from the likes of artists such as Tupac Shakur, Notorious B.I.G., Snoop Dogg, DMX, Kurupt, Jay Z, Nas, Bone Thugs N Harmony, Kanye West… to Nirvana, Pearl Jam and even heavy metal legends Metallica. All these musical geniuses have been the inspiration that have helped ABSOLUTE develop a style that is unique, diverse and original. Be it a smooth sexy track about his appreciation for all women, a life story exemplified or an entertaining unique track that shows off his creative ability, ABSOLUTES vision is to inspire and entertain his fans throughout the world.