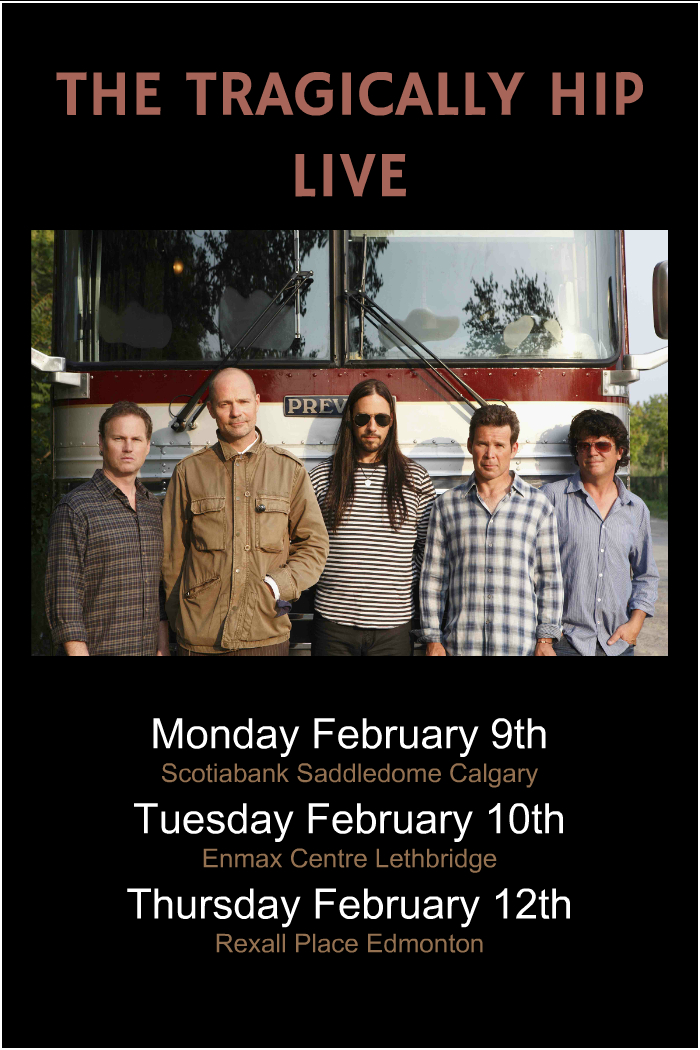 The Tragically Hip were formed in 1984 by five friends from Kingston ON - Rob Baker, Gord Downie, Johnny Fay, Paul Langlois and Gord Sinclair.

The Hip have sold millions of records worldwide, managing to enjoy both mass popularity and critical acclaim.

The group released their first album, The Tragically Hip, in 1987 and have since released thirteen studio albums, earning two diamond certifications and over twenty #1 hits.

Known for their powerful, energetic live performances, The Hip have established a demanding concert itinerary, touring extensively in Canada, the U.S., Europe and Australia.