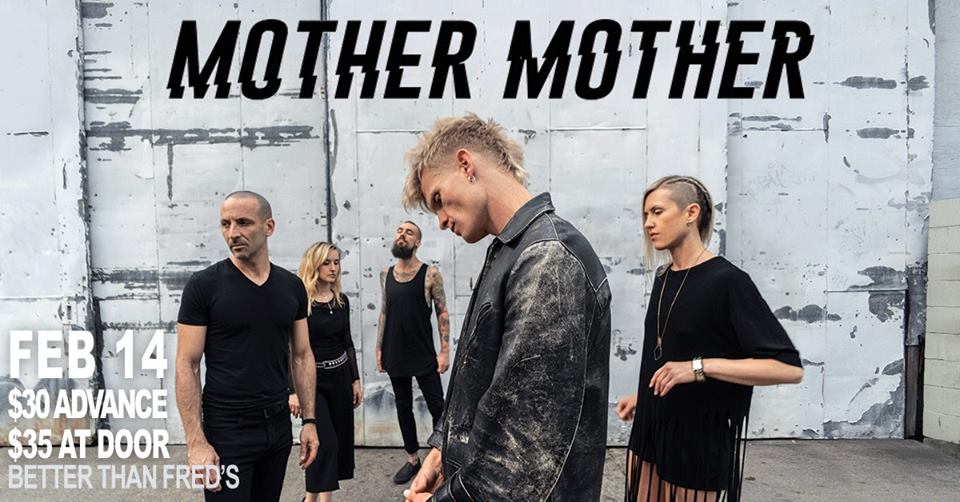 General Tickets on sale Nov 9 at 10 am at https://bit.ly/2AtJGRC or in person at Better Than Fred's & the Revolution Place box office.

Their latest album, 2017’s No Culture, produced “The Drugs” a #1 single on the Alt Rock charts in Canada for three consecutive weeks. The alt-rockers first earned critical acclaim with their debut albums Touch Up (2007) and O My Heart (2008). The releases that followed, Eureka (2011) and The Sticks (2012) delivered the top 5 radio hits “The Stand”, “Bit By Bit” and “Let’s Fall In Love”, making the band the second most aired alternative act in Canada in 2012 and 2013.

In 2014 they racked up more hits with “Get Out The Way”, “Monkey Tree” and “Modern Love” from their much-lauded record Very Good Bad Thing. The band has also found success on the road, most recent tours include sold-out headline dates across North America, selling out the historic Massey Hall, and a record-breaking five consecutive sold-out shows at the Commodore Ballroom in Vancouver. Mother Mother will release their newest offering Dance and Cry on November 2nd, 2018.
http://www.mothermothersite.com/