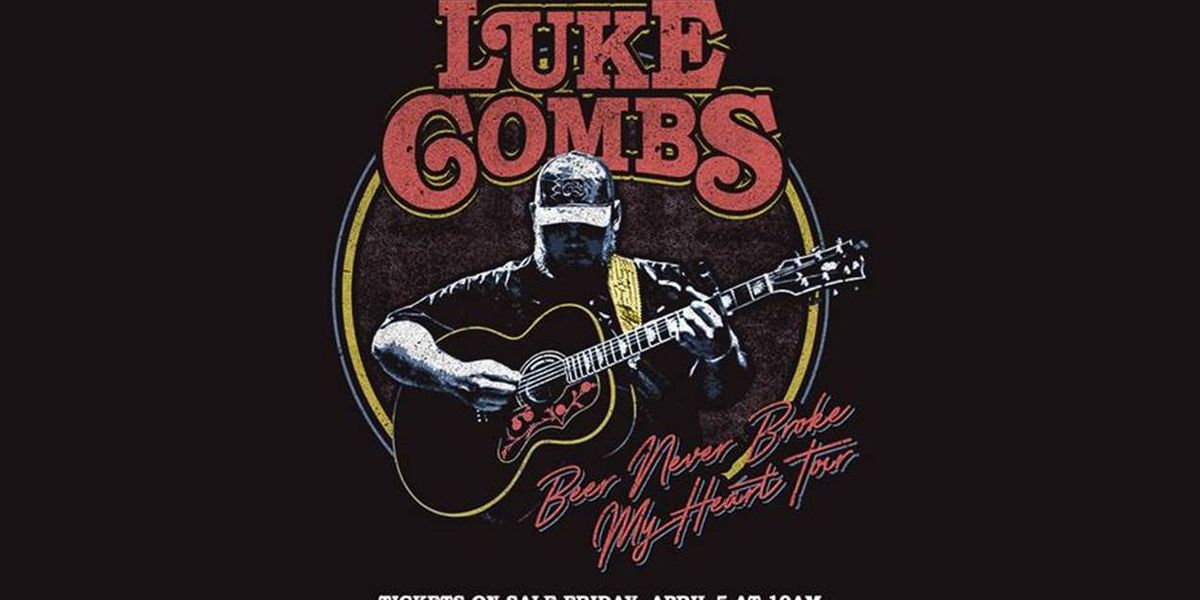 Public on Sale: Friday, April 5 at 10am
Get Tickets: https://livemu.sc/2WqxjOr

THIS ONE’S FOR YOU CERTIFIED DOUBLE PLATINUM

CMA and ACM Award-winning musician Luke Combs will extend his sold-out “Beer Never Broke My Heart Tour” through this fall. The newly confirmed dates commence September 26 at Rogers, AR’s Walmart AMP and span through the end of the year culminating at Nashville, TN’s Bridgestone Arena on December 13. Special guests throughout the tour include Morgan Wallen, The Cadillac Three and Jameson Rodgers.

The success comes on the heels of Combs’ 2x Platinum single, “Beautiful Crazy,” which remains #1 on the Mediabase/Country Aircheck chart for the third-straight week and holds strong at #1 on Billboard’s Country Airplay chart for the fifth-straight week. This is his fastest rising single to date (15 weeks) and makes Combs the first artist ever to send his first five singles to the top of Billboard’s Country Airplay chart. “Beautiful Crazy” is also the first country single shipped to radio already platinum-certified since Taylor Swift’s “Red” in 2013 and has more than 301 million on-demand streams. In celebration of these milestones, Combs recently released an acoustic version of the song. Listen/share HERE.

These achievements add to an already monumental year for Combs, whose breakthrough debut album This One’s For You is now certified RIAA double Platinum. Since it’s release June 2, 2017, the album has spent a total of 29 non-consecutive weeks at #1 on the Billboard Country Albums chart, including 16 weeks in 2018—making it the highest selling country album last year with 1.1 million equivalent album units sold and the only country album to surpass 1 million album units. It’s also the most-streamed country album of 2019 so far. Additionally, Combs was recently named Country Artist of the Year at the 2019 iHeartRadio Music Awards, New Artist of the Year at the 52nd Annual CMA Awards, was nominated for Best New Artist at the 61st GRAMMY Awards and was the recipient of a CMA Triple Play Award for writing three #1 songs in a 12 month period.