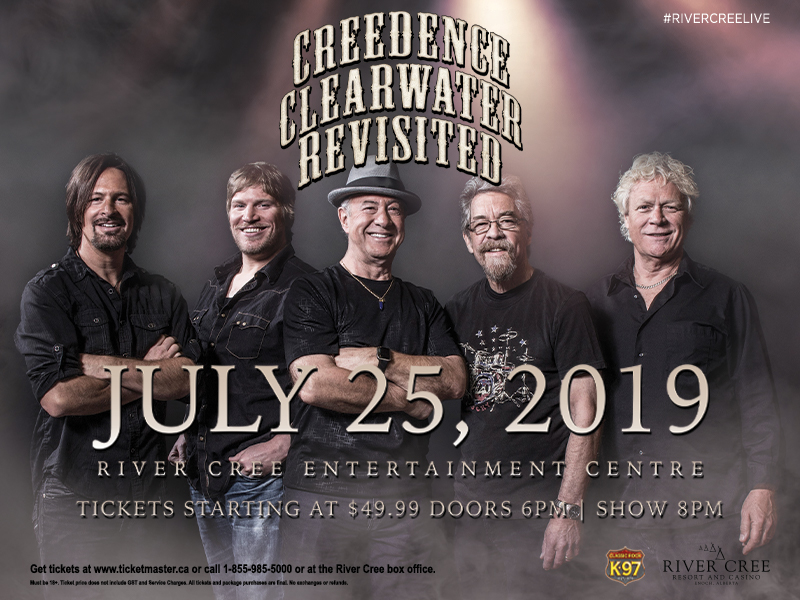 Creedence Clearwater Revival founding members and Rock and Roll Hall of Famers Stu Cook and Doug Cosmo Clifford have been on quite a ride. Following their induction into the Rock and Roll Hall of Fame, Cosmo and Stu launched their Creedence Clearwater Revisited project in 1995 to once again perform live in concert the hit songs touchstones of a generation.

Since then, the legendary rhythm section has been thrilled by the outpouring of affection for their new band. World tours and a platinum-selling album Recollection followed. The astounding response to the band has been driven in part by new generations of fans that, as Cosmo says, weren’t even born when the music came out.
To purchase tickets go to www.ticketmaster.ca; Or call 1-855-985-5000 or at River Cree Resort & Casino Box Office.