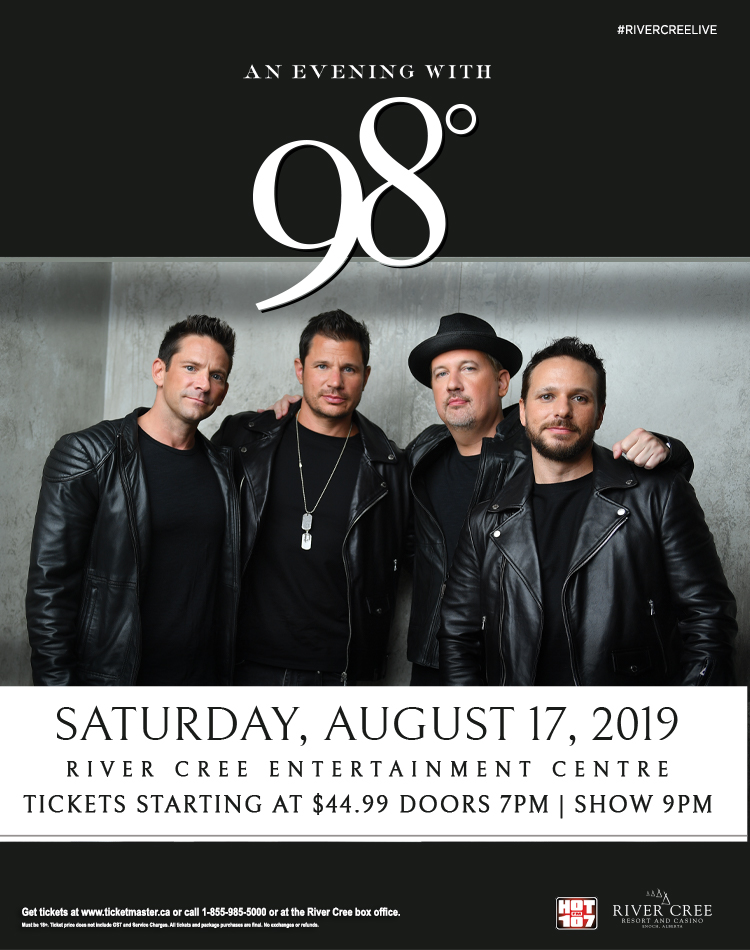 In five short years — from 1997 to 2002 — 98° sold a staggering 10 million records, scored a chart-topping single, “Thank God I Found You,” with Mariah Carey and Joe, and collaborated with their collective idol, Stevie Wonder, on “True to Your Heart,” for the 1998 animated Disney film, Mulan. Their four-million-selling album, 98° and Rising (1998, Motown), spawned the top-5 favorites “Because of You,” “I Do,” and “The Hardest Thing,” while 2000’s Revelation(Universal Records), which sold two million copies, peaked at number 2 on the Billboard 200 and yielded a trio of hits, “Give Me Just One Night (Una Noche),” “My Everything” and “The Way You Want Me To.”

The group emerged at a time when teen-oriented acts such as the Spice Girls, The Backstreet Boys and NSYNC were just hitting the top of the charts around the world. They differentiated themselves from many of the other teen bands at the time as they wrote much of their own material, which reflected their own R&B influences.
To purchase tickets go to www.ticketmaster.ca; Or call 1-855-985-5000 or at River Cree Resort & Casino Box Office.