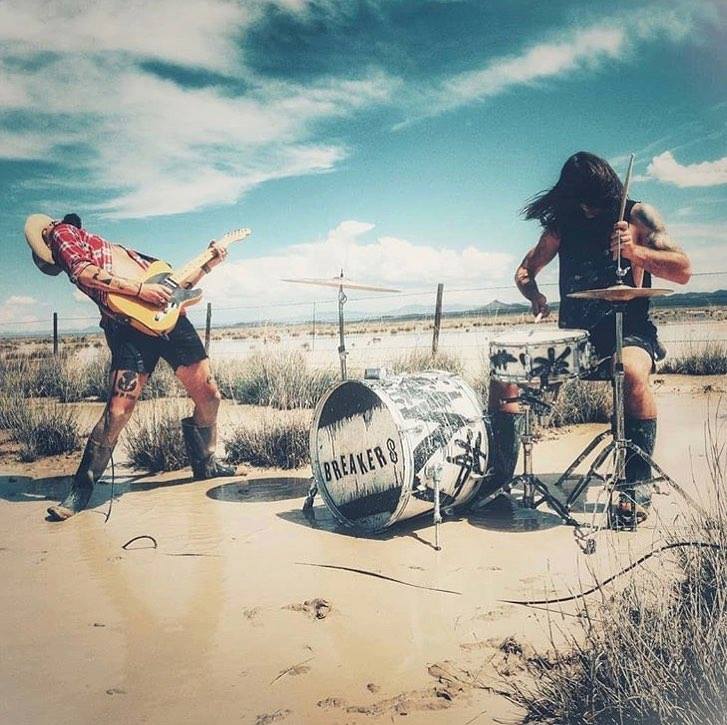 I was finally able to get these guys back in the house at your Moonshiners...
This crazy talented group has toured trough out North America, South America and Europe...

El Niven and the Alibi bring a very pro show to the stage with great energy incredible originals and a great spectrum of covers... They lend there Southern Rock vibe to everything from country to rock to metal and bring one hell of a show along the way...

Bio
El Niven & The Alibi forged on the cold Canadian prairies, the Edmonton duo’s mix of southern twang, tender melodies, and stompin’ rhythms is turning heads, stomping feet, and stirring souls on both sides of the 49th parallel.

El Niven & The Alibi’s latest dose of wizardry, Next To Me, was nominated for Country Song of the Year and Adult Contemporary Recording of the Year at the Edmonton Music Awards in 2018.

In the same year, El Niven & The Alibi played more than 250 shows across western Canada, the U.S. and South America — including a one-week residency in Taganga, Colombia; a one-month residency in Memphis, TN; and an “Amerika Or Busk” summer tour with filmmaker Travis Nesbitt. They covered more than 10,000 kilometres, throwing impromptu street parties in New York, New Orleans, Los Angeles and cities along the way.

A series of films about the tour — along with two new singles — will be released in 2019. “We busked in the streets live and amplified all along the way in every city and documented how music unites everyone,” says Niven. “We made connections and chased the vibes all the way down and back.”

El Niven & The Alibi, also starring drummer Jeff Burwash, released their first self-titled EP, produced by Brian Moncarz (Our Lady Peace, The Tea Party, The Rival Sons), in 2017. But Niven and Burwash are no strangers to Canada’s music scene. Their former project was signed to Cadence Music, winning Indie Week 2014, and toured extensively through the U.S. and UK