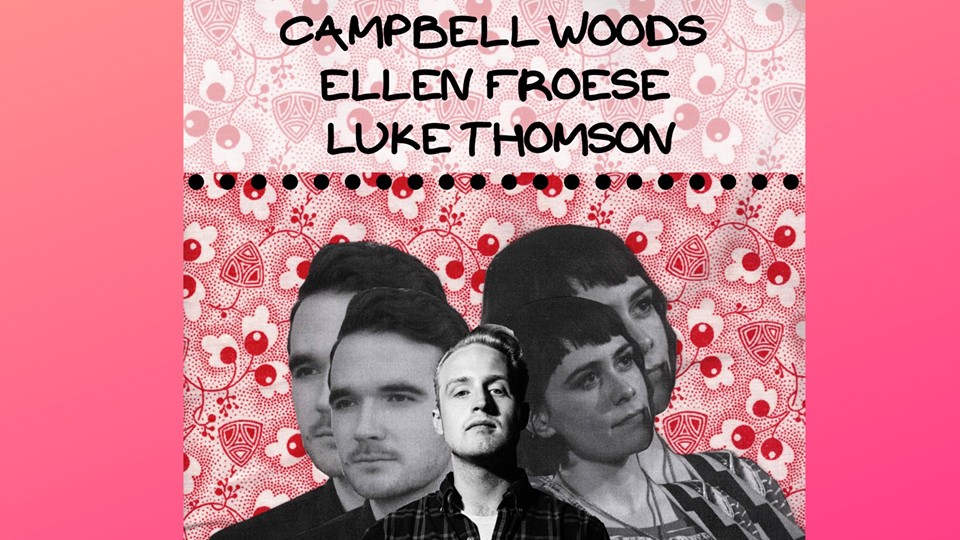 Hailing from a dairy farm in the heart of Saskatchewan, young folk singer Ellen Froese has swiftly made her presence known in the Canadian music scene. As a folk artist performing solo (sometimes with her rockin’ back-up band, the Hot Toddies), as well as a founding member of successful bluegrass/folk group In With The Old, Froese has balanced multiple projects for the last few years. Lately, it’s hard to tell if she should still be classified as ‘folk’, what with the direction of the new album leaning more towards 1970s pop grooves, ballads, and classic country. From a young age and over a short period of time, she has clearly proven herself to be a valued addition to the world of North American music through her poignant vocals and raw talent.

Campbell Woods released his debut record, “Oxford Street” in the spring of April 2017. He’s been on the road ever since, performing everywhere from Vancouver to Halifax to Nashville to Austin. As a songwriter he’s been compared to Townes Van Zandt and John K. Sampson. Powerful songs, simply delivered. “Oxford Street” debuted at no. 4 on the Canadian folk radio charts and was nominated for a Toronto Independent Music Award.