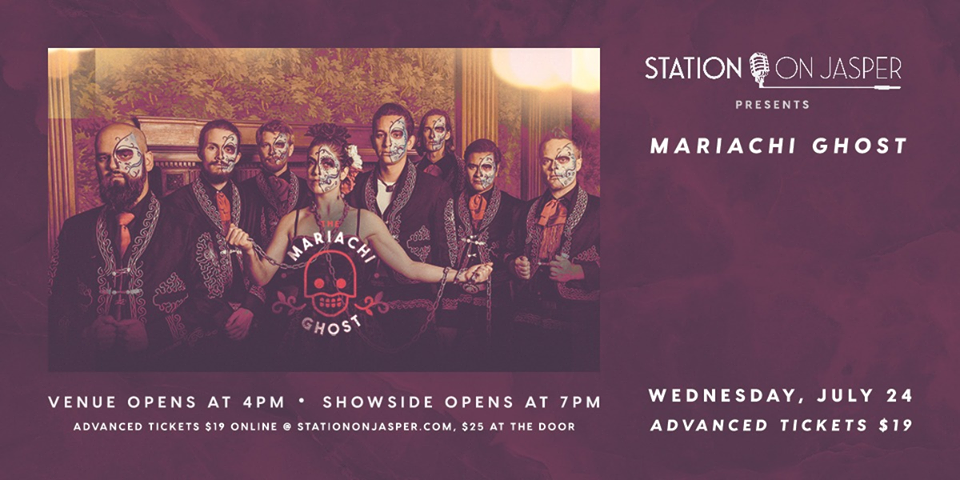 The Mariachi Ghost, from Winnipeg, Canada, summon the ghosts of old Mexico through traditional Mexican song, haunting synths and explosive guitar lines, alongside rich harmonies,commanding lead vocals and spectral dance. Their show leaps from anguish and longing to a raging fury in a heartbeat.

The band started as an art project among friends in 2009 and has since grown to an internationally acclaimed touring act. The Mariachi Ghost has played festival stages such asInterstellar Rodeo, the Pan-American Games and the Winnipeg Folk Fest mainstage. The band has performed at SXSW, Tallinn Music Week, Mundial Montreal and Breakout West.

Their first full-length album won the "Best World Music Album" at the Western Canadian MusicAwards and received international radio play. In 2015, they collaborated with legendary film director Guy Maddin to create a music video. The band's upcoming work 'Rencor Vivo' is inspired by Pedro P&aacute;ramo, the iconic work of Mexican literature that inspired the magicalrealism movement in Latin America. Through the storys lens, the band explores contemporary themes of toxic masculinity, prejudice and elitism. The Mariachi Ghost is currently expanding their artistic reach with a theatre play and 360 videos as well as planning an international tour.