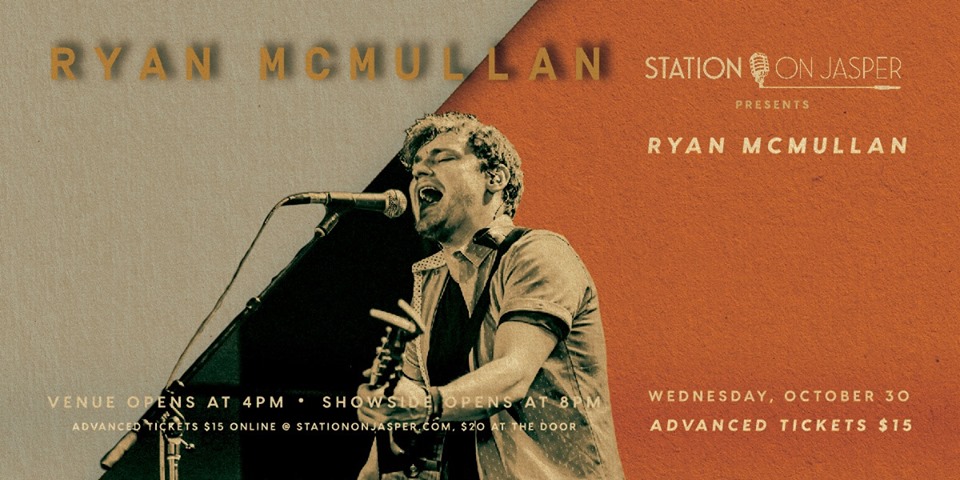 Ryan McMullan is the real deal. Having been blessed with a voice that can shift effortlessly between the angelic and the guttural he has also honed a song writing craft which exploits the incredible versatility and power of his god given instrument.Growing up in picturesque Portaferry, on the shores of Strangford lough and in sight of the Mourne Mountains, Ryan was formed by the traditional music and pub sing-alongs with which rural villages in Ireland are indelibly linked. However, this gives only a portion of the story, as a member of an unashamedly post-MTV generation he was always on the hunt for more diverse influences from bubblegum pop, to hip hop, to hard rock and blues.Ryan has already earned a formidable reputation in the European live music scene. After spending many years developing a dedicated local following (and gaining the favour of personal heroes such as Foy Vance and Gary Lightbody) in 2017 he supported Ed Sheeran on Ed's arena tour. Perhaps more pertinently, this was followed up with his own (largely sold out) UK and European Headline tour complete with a triumphant homecoming Gig in Belfast. It was for this homecoming that Ryan joined the select few who have sold out the venue in question (The Limelight) prior to releasing their debut album -- a select few which includes "The Strokes" and very nearly Oasis (only nearly though).As anticipation now builds for the debut album&semi; talk amongst fans new and old has been which of the songs from a various well received independently released EP's might make the cut. Though those who have followed Ryan's career most closely will surely realise by now that the true excitement should be derived from what has yet to come and what has thus far merely been hinted at...