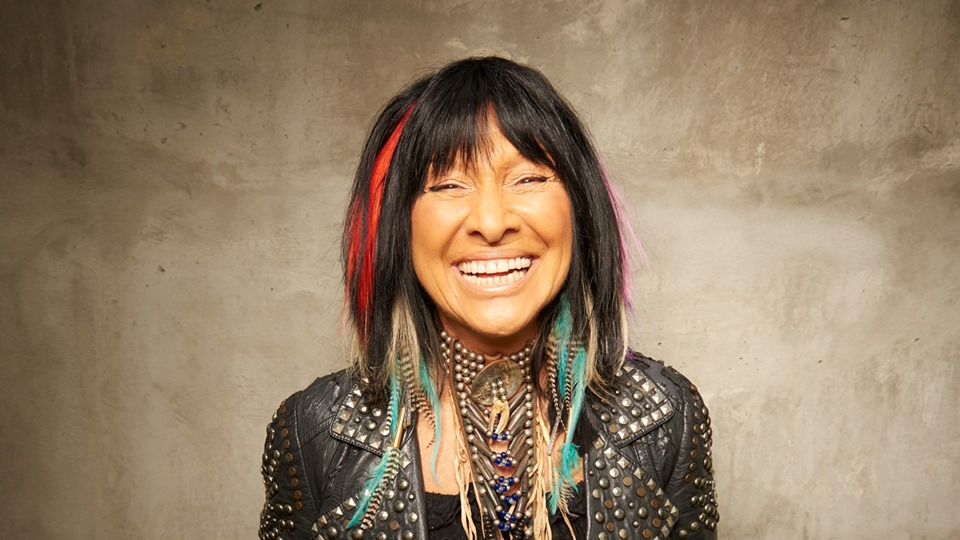 Buffy Sainte-Marie is touring constantly, and coming off her critically acclaimed, award-winning 2015 album Power in the Blood, nobody could ever accuse the Academy Award-winning songwriter of taking it easy. Since her groundbreaking debut, 1964’s It’s My Way!, the Cree singer-songwriter has been a trailblazer and a tireless advocate, an innovative artist, and a disruptor of the status quo.

Sainte-Marie has spent her whole life creating, and her artistry, humanitarian efforts, and Indigenous leadership have made her a unique force in the music industry. In 1969, she made one of the world’s first electronic vocal albums; in 1982 she became the only Indigenous person to win an Oscar; she spent five years on Sesame Street where she became the first woman to breastfeed on national television. She’s been blacklisted and silenced. She’s written pop standards sung and recorded by the likes of Janis Joplin, Elvis Presley, Donovan, Joe Cocker and Jennifer Warnes. She penned “Universal Soldier,” the definitive anti-war anthem of the 20th century. She is an icon who keeps one foot firmly planted on both sides of the North American border, in the unsurrendered territories that comprise Canada and the USA.