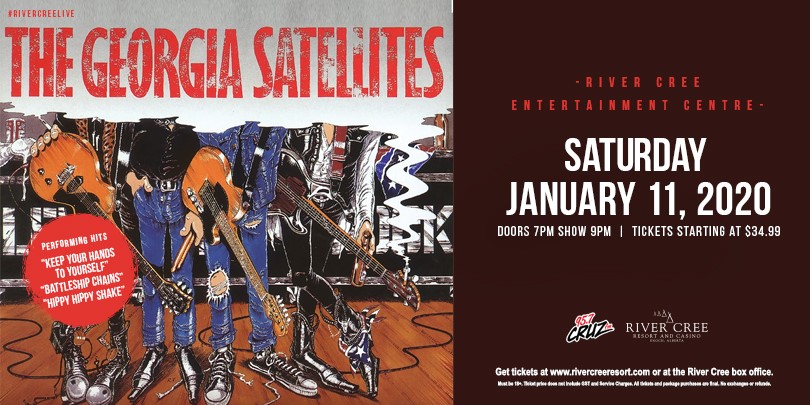 Double platinum recording artists, The Georgia Satellites, brought us hits like "Keep Your Hands to Yourself", "The Hippy-Hippy Shake" and "Battleship Chains” which helped shape the future of Country Rock across the nation.

Founded by Rick Richards, and Dan Baird, The Georgia Satellites were one of the most ferocious bands of the 1980s. What set them apart from the other 10,000 groups that cranked their amps to 11, was that their wild riffs and tanked cries came from a quartet that understood their place in rock tradition and fought hard to solidify it with each recording. Critically acclaimed albums and mind-bending performances earned the boys
a permanent spot in music history.

After a brief sabbatical following the departure of Baird, The Georgia Satellites returned with a vengeance in 1993. Led by Richards, Price, and joined by drummer Todd Johnston. In 2o10 they added Freddy McNeal on guitar and ‘old friend’ Bruce
Smith on bass. They have packed houses around the world with their blistering brand of Southern rock.