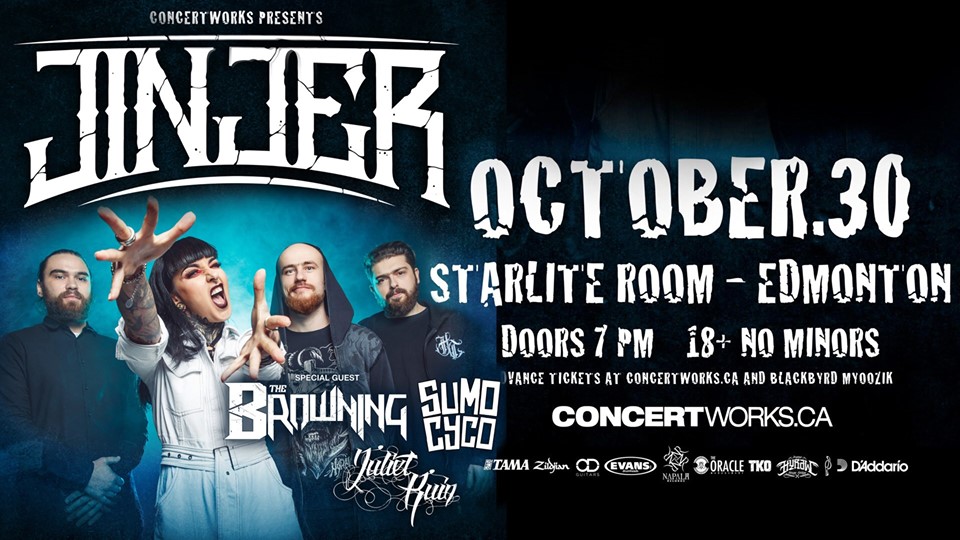 In less than 10 years, the four-piece Progressive Groove metal wrecking machine known as JINJER have carved their very own place in the Heavy Metal landscape and are poised to go even further in 2019 and beyond.

Hailing from Donetsk, this Ukrainian musical oddity formed in 2009 but consider the official start of the band with the addition of the incredible vocalist and Femme Fatale Tatiana Shmailyuk in 2010.

The band labored intensively and honed their sound in practice rooms and local stages relentlessly, culminating in their now cult first album release INHALE, DON'T BREATHE in 2012. The following year JINJER were nominated and won Best Ukrainian Metal Band. They would be awarded this prize again a few years later.

While most bands from a country not exactly known for it's Heavy Metal exports would be content to enjoy the little recognition received in those first few years, it was clear that JINJER craved more and were willing to go the extra mile to make this happen.

It was this attitude and clear vision that pushed the band to quickly write and release their second album CLOUD FACTORY (2014), and venture into the international touring market for the first time, booking their own shows and building their reputation face to face, fan to fan and more importantly under their own terms.