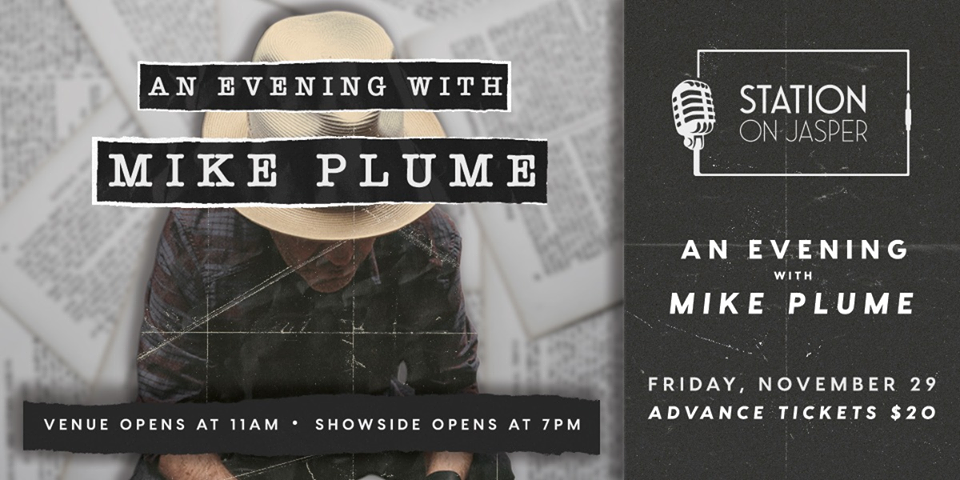 Canadian singer/songwriter Mike Plume fronts his roots-based namesake band. His first record, Songs From a Northern Town, was recorded in Texas and released in 1993... Touring with groups like Blue Rodeo helped built the group's following, and their 1998 album Song & Dance, Man has won them more fans and awards.[2] In 2009 he released the album "8:30 Newfoundland", followed in June 2013, with the new album "Red and White Blues".