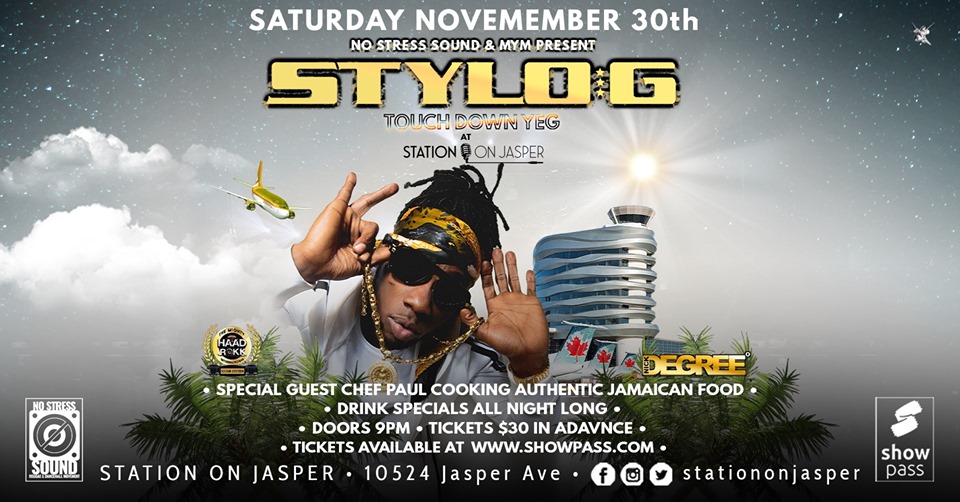 One of the biggest stars in the dancehall

Stylo G is an English-Jamaican dancehall artist best known for the underground hits ‘Call Mi a Yardie’, ‘My Yout’ and ‘Soundbwoy’. Moving to the U.K. at the age of 15 from Jamaica, Stylo has been active in London’s urban music scene since his arrival. He first made waves in 2004 with the grime-inflected track ‘My Yout’, featuring Ice Kid and Sickman, that earned him underground credibility across London and beyond.2011 saw the release of ‘Call Mi A Yardie’, a dancehall-oriented single that was quickly followed by similarly popular ‘My Style’ and ‘Cross The Leader’. Stylo entered the mainstream in 2013 with ‘Soundbwoy’, a UK Top 20 hit produced by Dutch producer Diztortion and released alongside remixes from Sigma and Di Genius. Following the success of that release, Clean Bandit invited Stylo to collaborate on their 2014 hit ‘Come Over’, peaking in the top 50 of the UK Singles Chart and earning him a MOBO nomination for Best Reggae Act. An in-demand guest artist, Stylo has also made appearances on tracks from Major Lazer, Pixie Lott, Sub Focus, Friction, and Zed Bias.Stylo continues to perform live and release sun-soakd music that blends Jamaican dancehall and reggae with U.K. urban and grime. In 2018 he dropped ‘Touch Down’, which started an international dance craze that took the world by storm, shutting down dances from London, to New York, to Kingston. Then he topped the original with an absolutely MASSIVE remix featuring Nicki Minaj and Vybz Kartel in 2019, the single is one of the hottest dancehall records in the world right now. His newest offering dumpling is now feeding dancehall communities the world over and starting a brand new movement with the dumpling challenge. Stylo G is without a doubt one of the biggest stars in dancehall music right now.