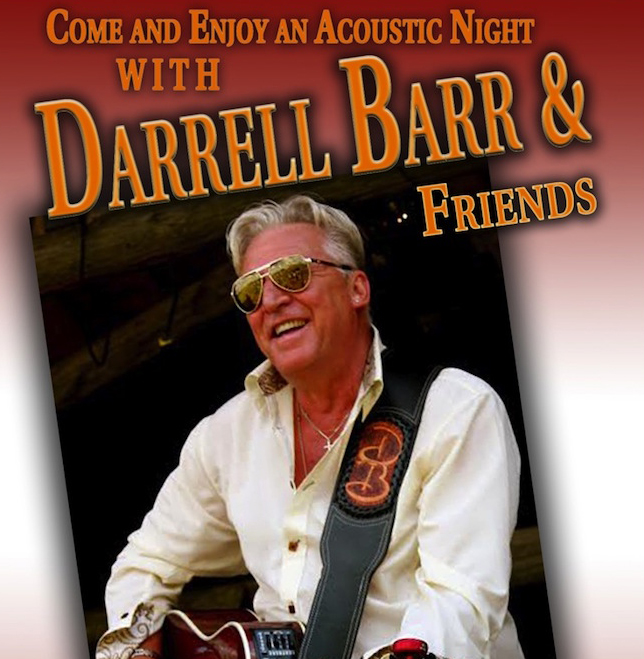 Darrell Barr is the new face and new host taking over the vacated niche. And he’s partnered with soundman Rocko Vaugeois, former full-throttle drummer for One Horse Blue.

One of the first changes Barr made was to revamp the format. Instead of inviting special guests for a one-hour show followed by a jam, the country-roots singer-songwriter is hosting strictly an open stage.

“If you have a guitar or whatever instrument you play, bring it and sing a song. Come see the host and discuss what you’d like to play. Songwriters, bass players, guitar players – even a comic would make a great variety show,” says Barr.

The acoustically driven stage is open to every genre – blues, roots, folk, country, rock, R&B and world to name a few.

Familiar with this style of entertainment, the Edmonton resident hosted an open stage at the now defunct Sidetrack Café for over a year.

Open stages, he says, are stepping-stones to the future. They are priceless opportunities for musicians to express themselves and to meet diverse musicians with the right chemistry for future projects.

As an example he cites bass player Don Marcotte.

“I went to a jam session and met Don. We clicked and now we play together in the Darrell Barr Band.”

A big booster of young talent, Barr credits his kinship to open stages from his personal experiences as an emerging player.

“When I was 18, I played at my first open stage. It was Monday nights at The Boiler Room. You had to be 18 to play then. I sang two songs. It was scary, but I went back down a week later.”

Barr is encouraging musicians and entertainers to use both the traditional grapevine and social media to get the word out and drop by.

“Do I want to hear you play? Absolutely. There are closet musicians out there and I was one of them. Come on down. Check it out. It’s a different approach. It’s a softer approach.”