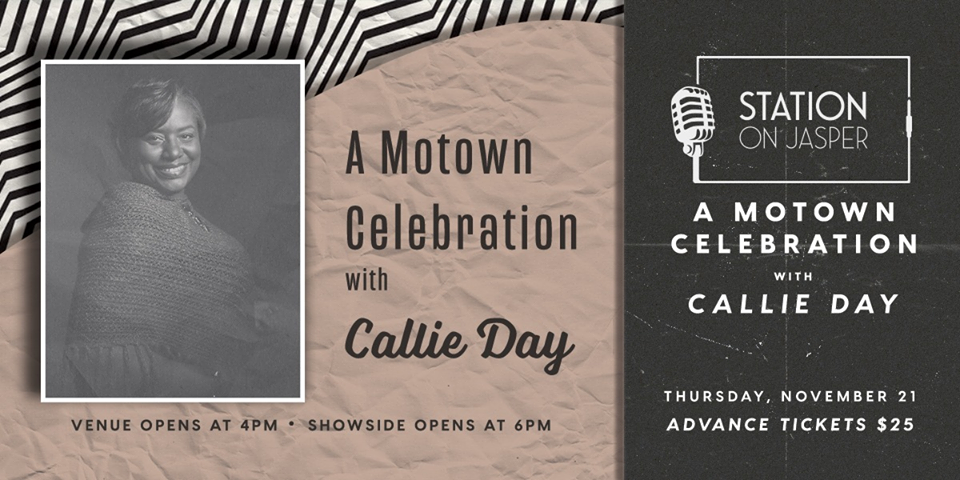 Callie Day is a native of Atlanta, Georgia. She has performed with the Miami University Opera, the Cincinnati Opera, the Bowling Green State Opera, the University of Kentucky Opera and in recent years, a touring member of the American Spiritual Ensemble. She has traveled extensively performing across the nation, and in Europe and Central America.
Recently, Callie has taken social media by storm as fans all over the United States have captured her amazing voice in videos that have instantly gone viral! Even before then, many had already witnessed her gifts in churches and schools where she's taught and served, especially in her local Walmart where she was featured as the "Singing Pharmacy Tech" on several commercial videos.

In August 2016, Callie released her 1st single, "Hear My Prayer", a Moses Hogan composition arranged by Callie Day, Lan Wilson, G. LeRon Rainey, and Mark Lacy. Her freshman album was released on April 14, 2017 and is available on Apple Music, Itunes, Google Play and Amazon. Callie premiered and debut in PLAY, the first piece created for the Paris Opera Ballet by the Swedish choreographer Alexander Ekman in December 2017 at the Palais Garnier Opera House.
Currently, Callie is completing her second year as Artist In Resident in voice at HBCU Kentucky State University in Frankfort, Kentucky. On August 6, 2019, Callie was a contestant on America's Got Talent Season 14 were she made it all the way to the judge cuts with celebrity guest judge; Jay Leno. Callie received the Associates degree from Sinclair Community College in Vocal Performance, the Bachelors degree from Bowling Green State University in Vocal Performance, the Masters degree in Education with a Music Concentration from University of Dayton. Callie is also currently a candidate for the Masters of Fine Arts (Miami University, OH) and Doctor of Music degrees (University of Kentucky). Her doctoral project is "Exploring The Role Of African American Opera Singers In The Establishment Of The Spiritual As A Musicial Art Form From 1900 to 1920".