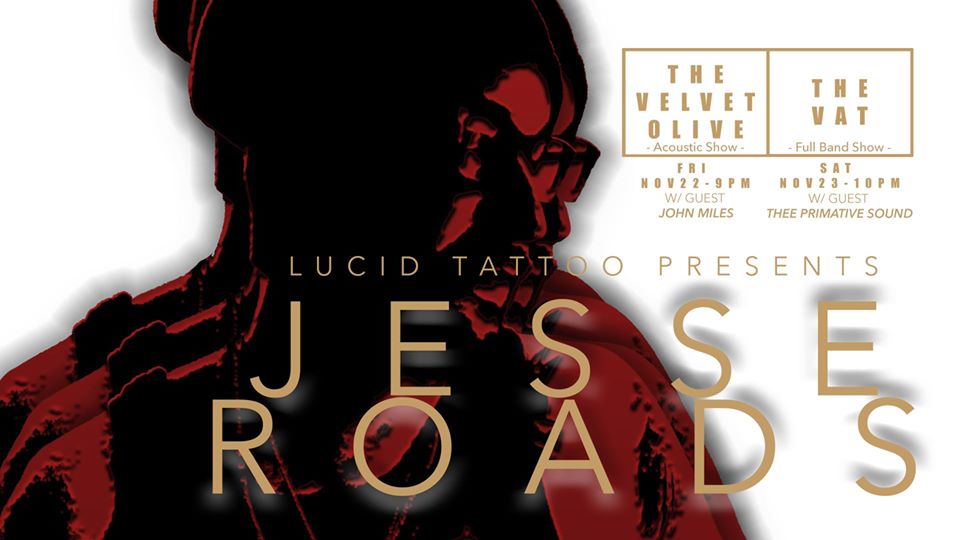 Jesse was born in the city of Lethbridge and raised to his teen years in the southern Alberta farming communities of Raymond and Fin Castle, AB. Jesse’s early inspirations include the hypnotic sounds of big-name artists such as Jimi Hendrix, The Black Crowes, Elvis Presley, Jerry Lee Lewis, City and Colour, Jack Johnson, Guns ‘N’ Roses, and Pink Floyd.

Jesse is a Blues/Rock/folk/Indie performer who has done his fair share of “paying his dues” opening and touring with such acts as: The Lazys, One Bad Son, The Odds, The Northern Pikes, The Grapes Of Wrath, Monster Truck, The Age Of Electric, The Wild, Holly McNarland, Econoline Crush, Coal Creek Boys, Wild T & The Spirit, Cara Luft, Carson Cole, Clayton Bellamy (of The Road Hammers), Tupelo Honey, Retrograde, The Smalls, and Mcquaig to name just a few.

In 2015 Jesse was awarded the title “Master of Blues Folk Rock” for the 6th Annual Black American Music Awards.

Jesse is known for his funky heavy jam style guitar. Big riffs, an impressive vocal sound all his own and the ability to captivate the crowd with ease. His fans have coined the term “no string solo” as he can be consistently found ripping strings off the guitar like they aren’t supposed to be there in the first place.