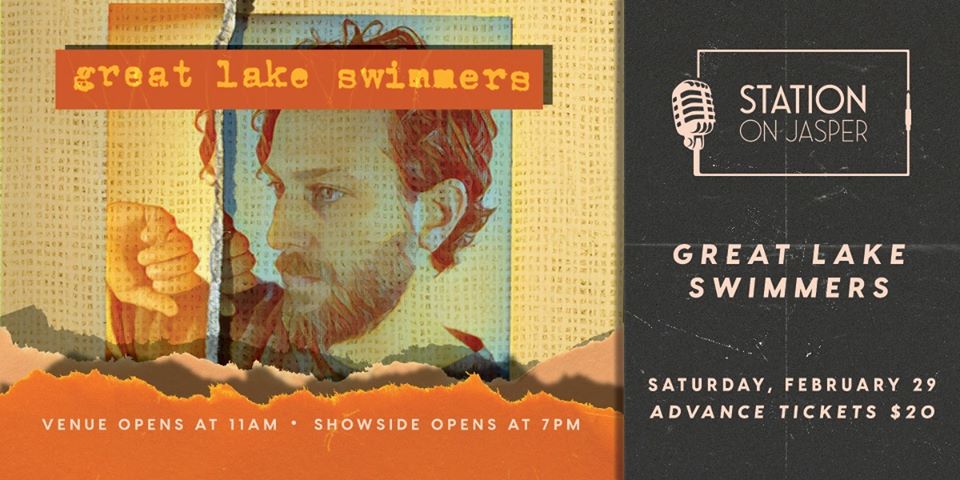 2018 marks the 15th anniversary of Great Lake Swimmers. Over seven albums, multiple EPs, live broadcasts and reissues, the Toronto-based project led by singer-songwriter Tony Dekker has established itself as a beloved indie folk act in Canada and beyond. The CBC has called them “a national treasure” with a sound that is at once familiar and distinct, using the tools of folk music as the starting point to delve deeper.
The latest release, “The Waves, The Wake” branches out to include new sounds such as harp, lute, pipe organ, woodwinds, congas and marimbas, alongside the more familiar flecks and chimes of the banjo, piano, and 12-string electric guitar. A scaled back, solo acoustic version was also released in 2019.
Great Lake Swimmers have been nominated twice for Juno Awards, have been shortlisted for the prestigious Polaris Prize, and won a Canadian Indie Award for Favourite Folk/Roots Artist/Group. They have shared the stage as support for such musical luminaries as Robert Plant, Feist, Daniel Lanois, and Calexico, and have appeared as headliners at many of Canada’s major folk music festivals.
“A minimalist, atmospheric compendium of songs with a sonic environment the listener can easily get lost in.” – The Vue
“Dekker has done a masterful job of finding that balance on The Waves, the Wake, which has enough connections to the past to satisfy long-time fans of Great Lake Swimmers even while the singer looks to the future and moves forward as an artist.” – The Georgia Straight
“A cherished blend of folk and orchestral indie pop.” – Exclaim