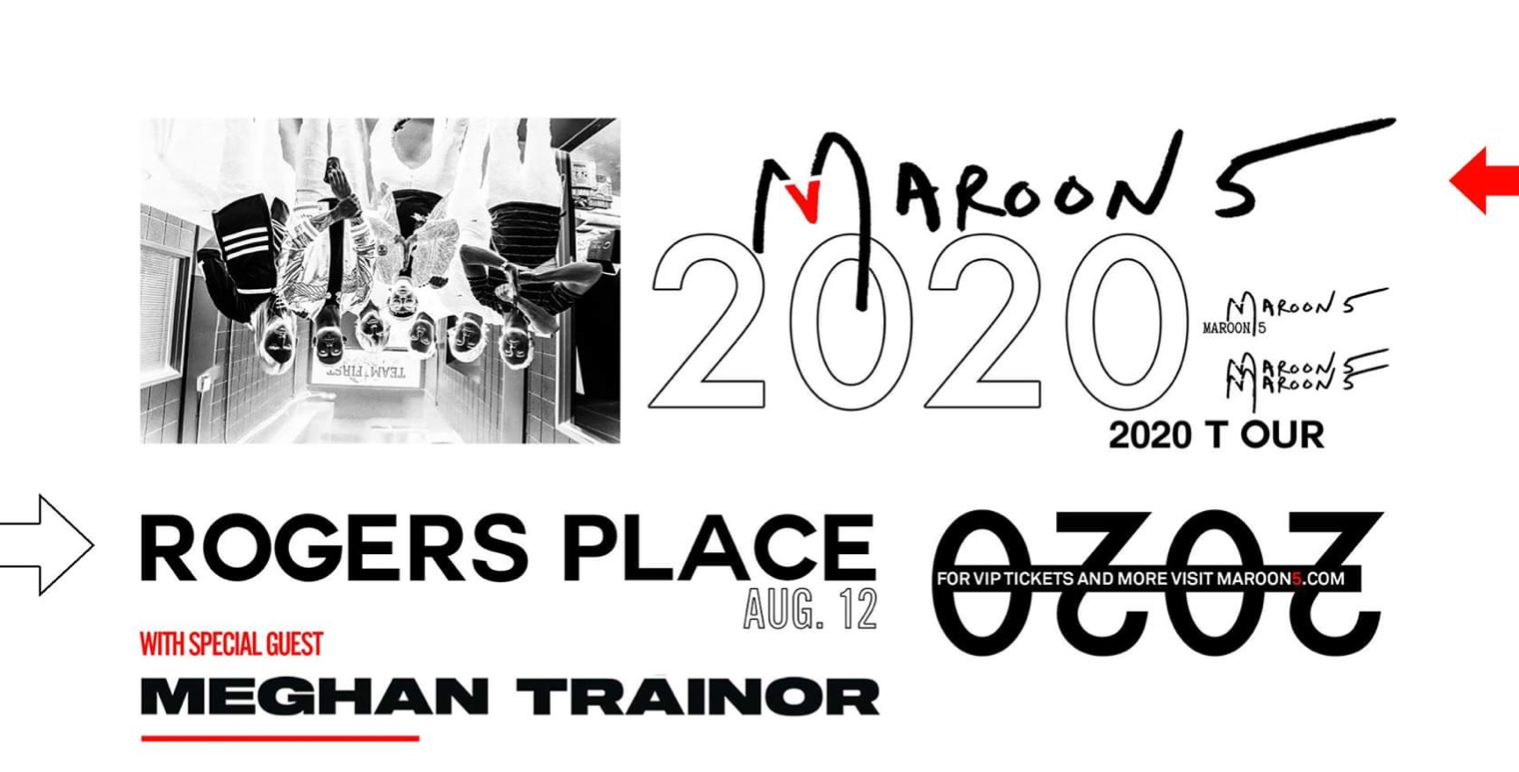 (LOS ANGELES, CA – Dec. 4th, 2019) Three-time GRAMMY® Award winning multiplatinum band Maroon 5 have announced dates for their upcoming 2020 U.S. tour produced by Live Nation. These upcoming tour dates mark the biggest U.S. shows of the band’s career, with the group playing iconic venues such as at Wrigley Field, Fenway Park, Citi Field and Banc of California Stadium. The band’s multi-country tour will kick off on May 30th at North Island Credit Union Amphitheatre in Chula Vista, CA. Meghan Trainor will appear on all show dates. Trainor will release her anticipated third studio album entitled Treat Myself, coming January 31 st on Epic Records.
Tickets for the tour are set to go on sale starting on Monday, December 9th and will be available to the public on Friday, December 13th. A limited number of LaneOne Premium Packages will also be available, including amazing seats, transportation, preferred entrance and more. Click HERE for LaneOne details. For more information, please see tour dates below and click HERE.

The band’s tour announcement follows the debut of their most recent single, “Memories” (222 Records/ Interscope Records). The release of “Memories” marks the first new music from the Los Angeles band since the release of their global anthem “Girls Like You.” Produced by Adam Levine and The Monsters & Strangerz and Executive Produced by Jacob “J Kash” Hindlin, “Memories” marks a moment of creative and personal progression for the musicians. The minimalist ballad starkly pairs a lilting clean guitar with chantable and evocative lyrics from Levine. In addition to representing another sonic side, it tackles uncharted subject matter for the group— namely loss—but from a different angle.

Following its release, “Memories” quickly claimed Maroon 5’s 22nd appearance on Billboard Hot 100’s Top 40. The track is currently holding at peak position #4 on Billboard Hot 100 chart, their 10th Top 5, and their 12th Top 10 this decade; that includes at least one new song sent into the Top 10 each year since 2011. The track just reached #1 on Billboard Hot AC chart, their 14th #1 which is the most by any act. The David Dobkin directed music video has garnered over 185 million views on Youtube; pushing their video catalog to 12 BILLION views across all official channels on YouTube.