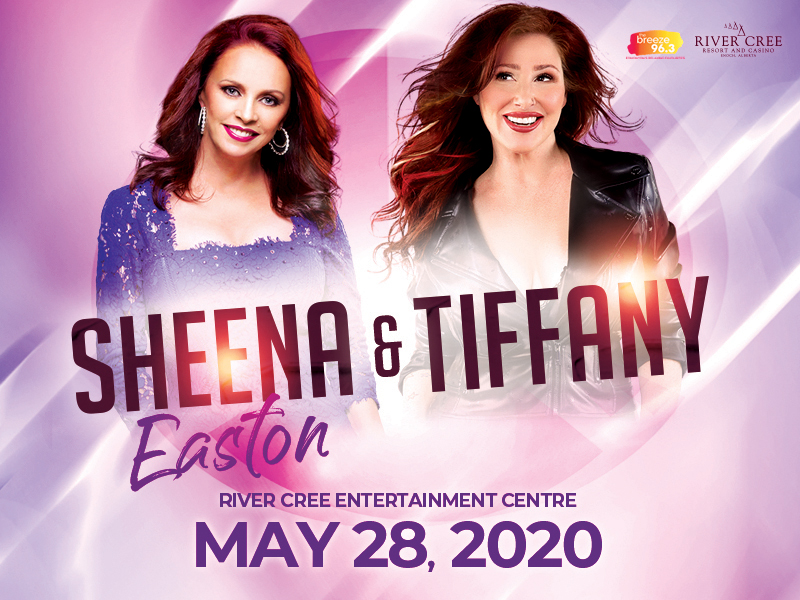 Sheena Easton & Tiffany – 80’s Ladies Night Out
Sheena Easton has sold over 20 million records worldwide, received two Grammys, and was the first —and still only— artist to have top five records on five major Billboard charts. In addition to her recording success, Sheena is a top concert attraction around the world. She is just off the stand out show, 42nd Street in the West End.
The legendary pop star, Tiffany has earned two number one hit singles I Think We’re Alone Now and Could’ve Been, and set a record as the youngest female artist to top the Billboard charts with her debut album. In 2000 Billboard Magazine described Tiffany’s album The Color of Silence as ‘thoughtful, intelligent, and full of grace’ and ranked it among the ‘Top Ten Best Albums of the Year.’ She has sold over 15 million albums to date. Her current album, Pieces of Me, is her 10th studio album and is her best work ever.
Show Date: Thursday, May 28, 2020
Show Time: 7 PM Doors, 8 PM Show