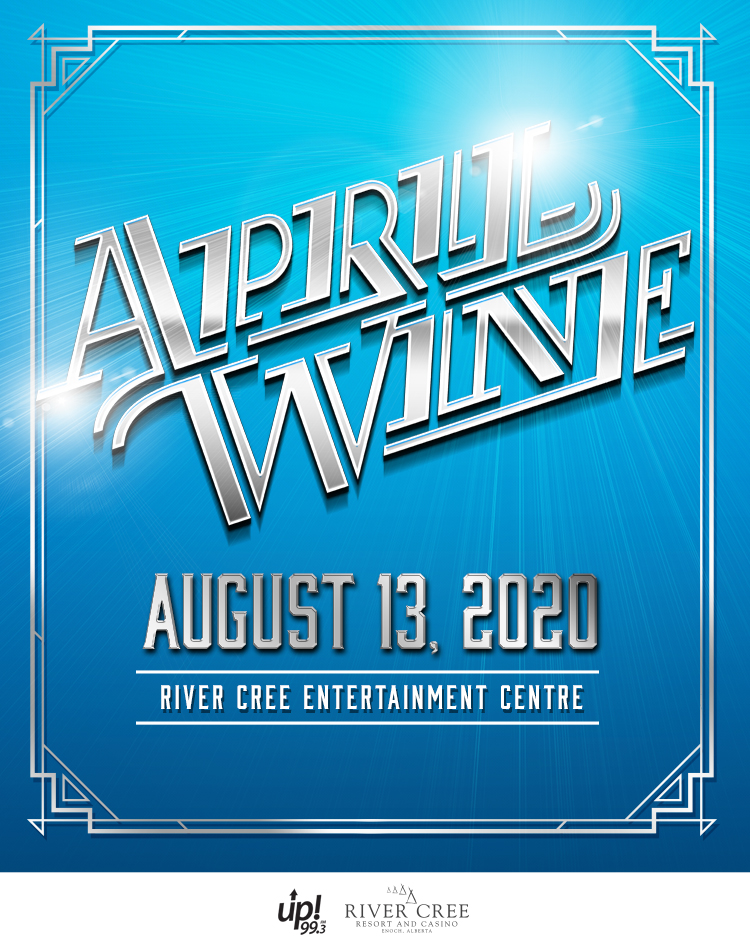 April Wine is a Canadian rock band formed in 1969. Originally based in Halifax, Nova Scotia, the band enjoyed international success in the 1970s and 1980s, releasing more than 20 albums since 1971.

April Wine’s extensive discography includes numerous gold and platinum-selling albums featuring mega-hits like ‘Roller’, ‘I Like to Rock’, ‘You Could Have Been a Lady’ and others. Best known for their international top 40 hit ‘Just Between You And Me’, an iconic power ballad that made them the very first Canadian band on MTV, April Wine went on to release over twenty albums and have received a combined total of 11 Juno Award nominations in the Group Of the Year, Album of the Year, and Best Selling Single categories.