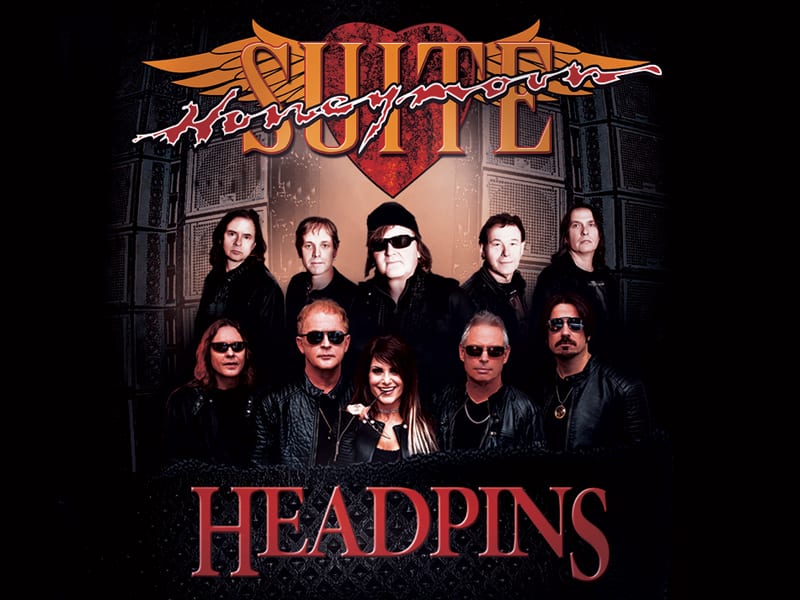 Johnnie Dee and Derry Grehan, the principal and founding members of Honeymoon Suite, met when introduced by manager Stephen Prendergast in 1982. Deciding to work together, they formed Honeymoon Suite with Grehan’s former Steve Blimkie And The Reason’ band-mate Dave Betts on drums, plus an anonymous keyboard player and bassist.

In 1983 they decided to enter the Homegrown Contest put on yearly by Toronto’s Q107-FM radio station, so Prendergast approached his friend and producer Tom Treumuth to produce a song for them. Based on the buying public’s response, “New Girl Now” won the contest and Bob Roper at WEA Canada was so impressed with the song and response that he signed the band right away.

Throughout 1983 and 1984 Honeymoon Suite toured Canada and the US, consistently headlining club gigs and opening for such acts as Billy Idol, April Wine, Laura Branigan, Jethro Tull, The Kinks, and Bryan Adams. In 1984 the band was nominated for the ‘Most Promising Group’ Juno Award.

Headpins are a Canadian rock group, founded as a side project in the late 1970s by then Chilliwack members Ab Bryant and Brian MacLeod. In 1985, the Headpins toured with many acts such as Kiss (1983), Eddie Money, and ZZ Top.