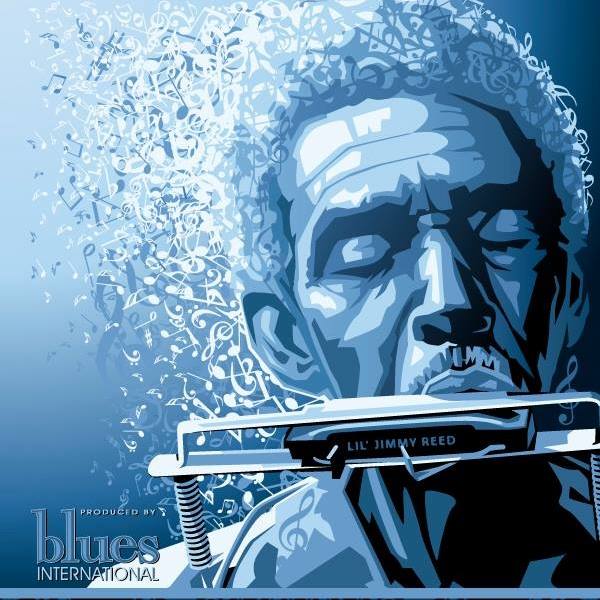 We're extremely pleased to announce that The Edmonton Blues Festival is once again happening in 2022!!

We are also very pleased to say that many of the acts originally booked for the cancelled festival of 2020 will be with us in 2022! Arsen Shomakhov, Sue Foley, Guy Forsyth and Jeska, Steve Kozak, C.J. Chenier and the Red Hot Louisiana Band, A Special “Texas Salutes the Blues” revue put together by The Texas Horns and Featuring Diunna Greenleaf and a host of other fantastic Texas Based performers; Fiona Boyes, from Australia, will team up with Phill Wiggins (of Cephas and Wiggins fame), Kat Danser and the Tall Tales and Mitch Woods and his Rocket 88’s.

New for 2022, The Legendary Downchild Blues Band, who are still on the road celebrating their 50 years on the scene, and, Crystal Shawanda.

You may have heard that the City of Edmonton plans to shut down Hawrelak Park in the spring of 2023 for 3 years! This will include our home since 1999, the Heritage Amphitheatre, so make sure you take this opportunity to Party in the Park in this unique, world class venue with excellent sight lines and incredible sound.

We have a special Holiday Sale happening for the Blues Hound (or yourself) on your gift list so take advantage of reduced prices on weekend passes now!

Arsen Shomakhov Trio
Friday August 19 - 5:30PM
This Russian born guitarist has made Vancouver his home and has toured the world. A festival favourite, Arsen has been with us before in 2009 & 2013. He’ll kick off the 2022 Festival.

Sue Foley with the Texas Horns
Friday August 19 - 6:50PM
Sue has only been with us once before, back in 2003, so she’s way overdue for a repeat engagement. Hot off the success of 2 of her best recordings – “The Ice Queen” and “Pinky’s Blues” and multiple Maple Blues Award nominations, Sue will team up with Texas Horns!

Guy and Jeska
Saturday August 20 - 1:50PM
Described as "intimate and breathtaking" the couple of Guy Forsyth, who is a veteran of the Austin music scene and has worked with Ray Charles, BB King and Jimmie Vaughan amongst others, and Jeska Forsyth, who has been a singer since childhood and owned the blues club in San Angelo where the couple met, will charm the audience to start our Saturday.

Steve Kozak Band
Saturday August 20 - 2:30PM
Steve is a great guitarist and bandleader from the lower mainland who has appeared on our stage with his own band and backing the late, great James Harman. He has also hosted the after-hours jam at the hotel for years.

Crystal Shawanda
Saturday August 20 - 3:50PM
Crystal Shawanda is a real deal blues artist who isn't dabbling in the blues so much as channeling it" says Elmore magazine of this Canadian-bred, Nashville based singer. Expressive and exhilarating performances are the trademark of this incredible performer who makes her Edmonton Blues Festival debut Saturday August 20.

Brandon Santini & His Band
Saturday August 20 - 5:30PM
Direct from Memphis, incorporating the heart and soul of the blues found there, is Brandon Santini. A standout artist who had the crowd on their feet for most of his performance at the festival in 2016 Brandon will "bring it" so be there to get some of it!

Texas Salutes the Blues
Featuring the Texas Horns, Anson Funderburgh, Guy Forsyth and Diunna Greenleaf
Saturday August 20 - 8:30PM
Is a Revue put together by Kaz Kazanoff, leader of one of the premier horn sections in all of the blues, The Texas Horns. For this performance, Kaz is bringing a host of Texas blues luminaries including guitarist Anson Funderburgh. Singer/Songwriter Guy Forsyth and festival favourite, Diunna Greenleaf.”

Fiona Boyes
Sunday August 21 - 1:50PM
A great Australian blues artist and first Aussie and woman to win the International Blues Challenge, brings her award winning take on the blues, sense of humour and showmanship to the stage for a solo set to kick off the day.

Kat Danser and the Tall Tales
Sunday August 21 - 2:30PM
Kat is from Saskatchewan but has made her home in Edmonton for decades. An incredible songwriter, student of the blues, top notch performer and bandleader, Kat was a standout hit at last summer’s Blues Fest Slim. Her band will include one of Edmonton’s great guitarists, Jimmy Guiboche.

Mitch Woods and His Rocket 88’s
Sunday August 21 - 3:50PM
Mitch and his band have been to the festival a couple of times and we’re thrilled to have him back. If you’ve been on the Legendary Rhythm and Blues Cruise, you’ve seen him running his Club 88 in the piano bar. A killer piano player and world renowned performer, Mitch will have you up to his boogies, jump and swing in no time.

Sunday August 21 - 5:30PM
Fiona Boyes will hit the stage again on Sunday, this time accompanied by her fellow Aussie Mark Grunden on drums and the incomparable Watermelon Slim! Slim is one of the true characters in the blues. With 16 Blues Music Award nominations and the winner of 2 in 2008, Slim also won the 2006 and 2007 Mojo Magazine Blues Album of the year nods. Slim was our poster boy in 2007 and wowed the audience with his impassioned, straight from the heart blues combined with incredible bottleneck guitar playing and unmistakable vocals. Slim and Fiona have worked together off and on for years and the combination of their talents will be a show to remember!

Ruthie Foster Quintet
Sunday August 21 - 8:30PM
The Ruthie Foster Quintet will close the 2022 Edmonton Blues Festival. With 4 Grammy nominations, handfuls of Blues Music Awards and Austin Music awards, Ruthie is an incredible live performer who brings magic to the stage every time she performs. She is bound to send us all into the night with indelible memories and good vibes. Be there!