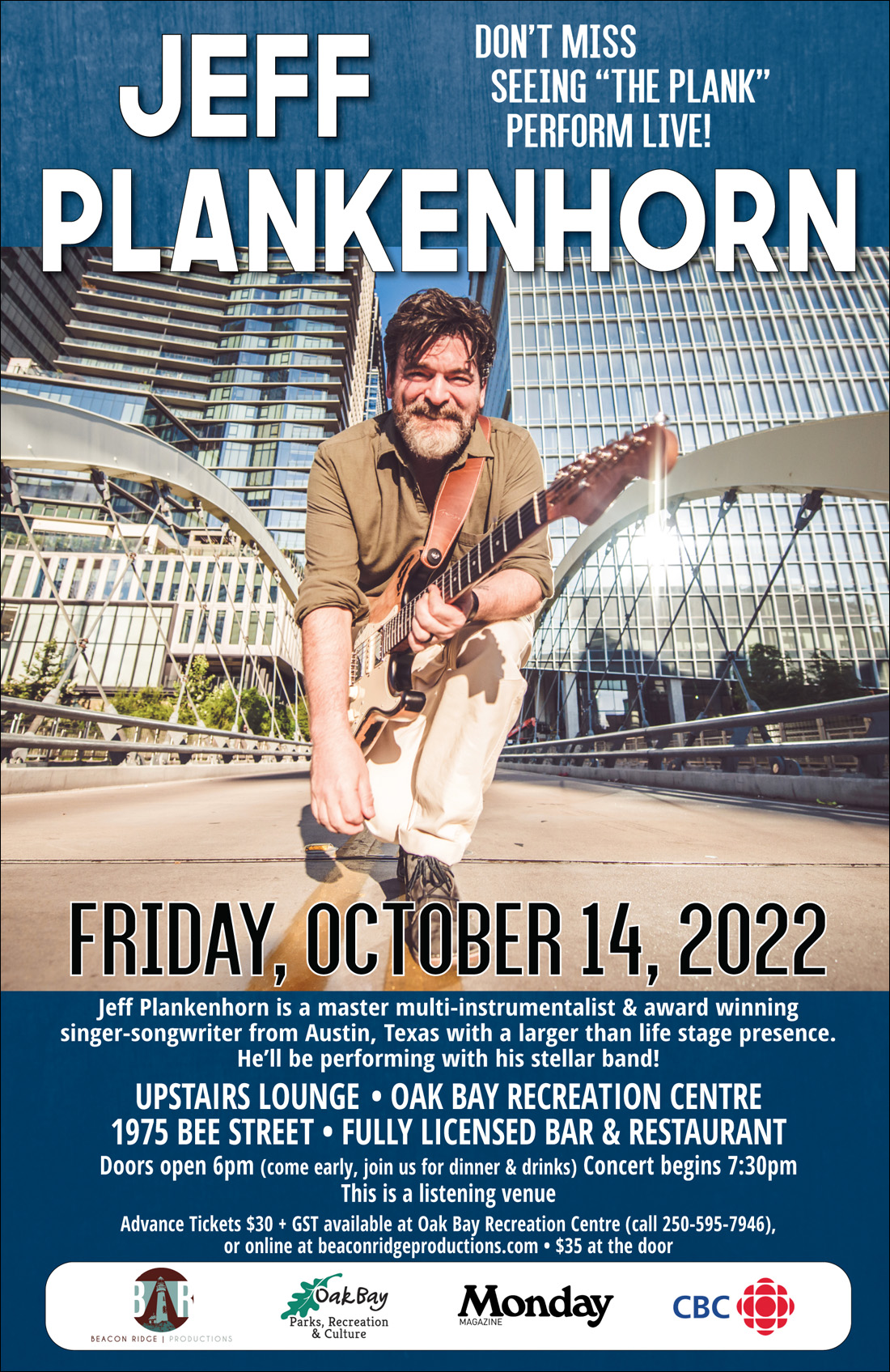 “Jeff Plankenhorn has become an Austin institution, sought after by many artists to lend his musical talents to their albums and performances. Calling him a guitarist doesn’t do him justice, though. Sure, he’s designed his very own guitar – a custom lap steel guitar called, perhaps not surprisingly, “The Plank”. And you can give him just about any stringed instrument and he’ll no doubt get it singing. —Mayer Danzig, Twangville

Now a potent solo artist, his larger-than-life presence on stage binds together a host of talents into a powerful whole. His soulful roots rock gained him a seat among the best contemporary Americana songwriters, while the vocal clarity and power developed in his early years is unmistakable in his poignant baritone now. Jeff’s deep sense of community is evident in the Purgatory Players Gospel brunch, contributing 153,275 meals to the Texas Food Bank in 2019 and his fundraising efforts for the Health Alliance for Austin Musicians. He has collaborated with Ray Wylie Hubbard, Joe Ely, Patty Griffin, Ruthie Foster, Bob Schneider, the Flatlanders, “Scrappy” Jud Newcomb, and more.

“Plankenhorn made his name in Austin as a preeminent guitar slinger, especially as a slide specialist. Now he's put pen to paper and is increasingly known for his impressive songwriting and powerful voice. With the recent release of “SoulSlide” he has completed his bona fides as both a master instrumentalist and an important songwriter and singer.” —Austin Songwriter

"Over the course of the last two decades, Jeff Plankenhorn has worked tirelessly to earn his rep as one of the most reliably can-do, right-dude-for-the-job musicians in Austin, Texas. As an exceptionally talented acoustic, electric, slide, and lap-steel guitarist with a keen understanding of the importance of playing to and for a song rather than all over it, he’s been called on countless times to back a veritable who’s who of Texas and Americana music’s finest singers and songwriters, including Ray Wylie Hubbard, Joe Ely, Eliza Gilkyson, Ruthie Foster, and the late Jimmy LaFave.” —Lone Star Music

The Upstairs Lounge is a licensed restaurant and bar, doors open at 6 pm for dinner service, the concert starts at 7:30 pm (please note this is a listening venue)