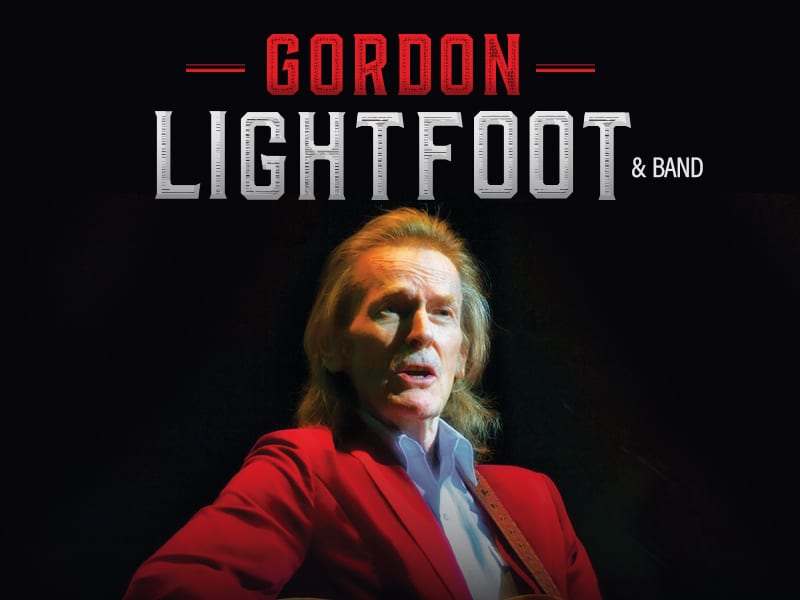 Please Note: Originally scheduled for Nov. 17 2021 . Previously purchased tickets will be honored on October 27, 2022.
Gordon Lightfoot and Band
Beloved by music fans around the world, Gordon Lightfoot holds international recognition as a singer and songwriter. Cover versions of his songs have been recorded by artists including Bob Dylan, Elvis Presley, Barbara Streisand, and Johnny Cash. In 1971 he earned his first Top Ten hit when If You Could Read My Mind became an international sensation and in 1974, his single Sundown went to number one on the American charts, followed two years later by The Wreck of the Edmund Fitzgerald, which reached number two on the U.S. Billboard charts.
Gordon Lightfoot has won 15 JUNO Awards and has been nominated for five Grammy Awards. He was inducted into the Canadian Music Hall of Fame in 1986 and the Canadian Country Music Hall of Fame in 2001. In May 2003, he was made a Companion of the Order of Canada and is also a member of the Order of Ontario. In 2004 he was inducted into the Canadian Songwriters Hall of Fame, and in 2012 into the U.S. Songwriters Hall of Fame.