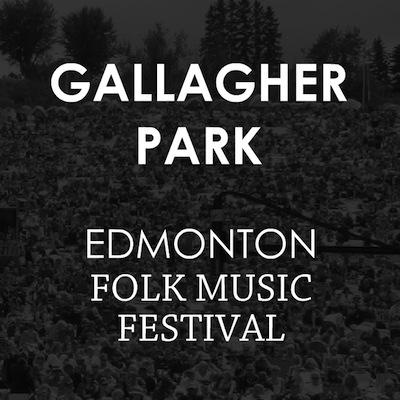 A Neighbourhood Park
Nestled within a residential community, Gallagher Park has something for each member of your family. Situated just above the river valley, across the street from the 1912 era Bennett School and Environmental Education Centre, the park is fun all season round. Whether you like to hike, ski, attend the Edmonton Folk Music Festival or just relax, the park won’t disappoint!

Summer at Gallagher
Stroll through acres of green, banded by aspen and birch. Trails wind through the lower part of the park or take your children to the brightly coloured playground. There are three different levels available. Swings and slides can be used by preschoolers and elementary aged children. There are also climbing bars. Older children will benefit from the basketball hoop. Parents can watch the play from comfortable benches. The shiny blue railing surrounding the park gives it a festive feel.

Winter in the Park
There’s even more to do at Gallagher Park in winter. Toboggan down the steep hills. There’s plenty of room for everyone! Just beside is the ski hill, the Edmonton Ski Club makes its home here. At the front of the park is the Cloverdale Community League and Hall where you can find everything from CPR classes to dances. Behind the hall is the outdoor hockey rink where you can learn with an instructor or just free skate. Gallagher Park truly makes this neighbourhood a home.

Gallagher Park is the home of The Edmonton Folk Music Festival.

The Edmonton Folk Music Festival is an annual four-day outdoor music event held the second weekend of August in Edmonton, Alberta, Canada, established in 1980 by Don Whalen.[1] The festival continues to draw many people from around the world as both spectators and performers. The current producer of the festival is Terry Wickham.

During the daytime hours of the festival, there are six active stages hosting workshops and concerts. One stage is devoted to children's entertainment. Food vendors number in the dozens, ranging from carnival fare to vegetarian and world cuisine. A large tent houses craftspeople and there is a CD tent where the performers' albums can be purchased. There is also a beer garden, which serves more beer than any other single event in western Canada.

The EFMF relies heavily on volunteers which keeps ticket prices down. Volunteers do everything from picking garbage to working as stage hands. There are approximately 2000 people on the volunteer list each year.

The EFMF is held at Gallagher Park, on the banks of the North Saskatchewan river. During the winter the area is a ski club. The mainstage audience seating is a natural amphitheatre with great sightlines. The skyline of downtown Edmonton acts as a backdrop for the stage.

In recent years, a fifth evening of music has been added, with revenue from that concert being dedicated to the festival's endowment fund. 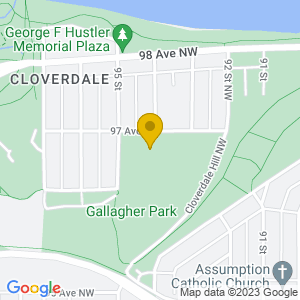 Does this Venue or the Events listed need updating?