Maclab Centre for the Performing Arts 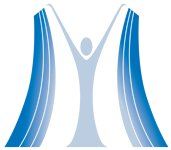 Maclab Centre for the Performing Arts

About The Maclab Centre for the Performing Arts

The Maclab Centre for the Performing Arts is located in Leduc, a few minutes south of Edmonton, Alberta. It seats 450 and is the premier performing arts facility in the Leduc Region hosting everything from local community groups to international artists. The venue is found at Leduc Composite High School, where the City of Leduc has partnered with Black Gold Regional Schools and local community groups to bring performing arts alive in Leduc!

The Maclab Centre presents a performance season where people can come to discover the joy of performing arts and be inspired.
History

The Maclab Centre has gone through many changes over the years. The stage was initially part of the Leduc Composite High School Gymnasium. In the early eighties, the City joined forces with Black Gold Regional Schools (then the Leduc School District) and renovated the space to include a proper auditorium. What was once the back wall of the stage is now where the proscenium arch sits. This new space, known as the Leduc Performing Arts Centre (or “PAC”) could seat around 250 and had modest lighting and audio capabilities. In the early nineties, the City turned ownership over to the Black Gold Regional Schools who ran it for the next decade.

In 2004, the Leduc Community Arts Foundation, along with the City of Leduc and Black Gold Regional Schools undertook yet another renovation; this time to increase seating capacity to the current 460. Numerous sponsors were brought on-board, most notably Maclab Enterprises, for whom the venue is named. The idea was to do more than simply expand the theatre; people wanted an increased usage by community groups, and to have artists presented from outside the community. This new facility opened in November 2005.

The Maclab Centre Administrative Council, comprised of members of Black Gold Regional Schools and the City of Leduc, was formed with the mandate of managing the space independently of the City and the School Board. A full-time Theatre Manager was hired in 2006 and 2007/2008 saw the first performance series programmed in the space. To accommodate the increased need for technical support, the first full-time Technical Director was hired in 2007.

Operation of the facility was transferred to the Maclab Centre for the Performing Arts Society in 2008, marking the first time the facility has been managed by an independent body.

After much discussion, operations were transitioned over to the City of Leduc in 2019. 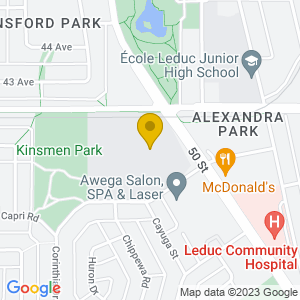