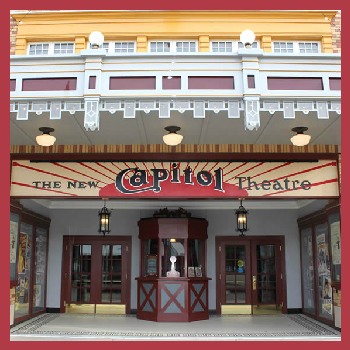 The Capitol Theatre
This new building, which was completed in Summer 2011, is a beautiful re-creation of Edmonton’s original Capitol Theatre, circa 1929. This new theatre has an intimate seating capacity of 243 seats, with an additional 4 wheelchair locations. The former Jasper Avenue facade that was in place following the original Capitol Theatre’s 1929 restoration has been captured in this new building, which incorporates modern construction methods but balances issues such as building code and the necessary technical infrastructure with historical authenticity. The Capitol Theatre represents the first project completed in the Fort Edmonton Management Company’s extensive 5-year Master Plan for the Park.

Live Theatre & Events
Enjoy live theatre in a setting unlike any other in Edmonton. Showcasing local Alberta actors and technicians in a unique but modern state-of-the-art facility.

Enjoy classic films on the big screen! Time travel and watch some of the most talked about movies of all time. Discover a new theme every month.
Every Thursday at 7:30 pm starting on February 2014!

We show the astonishing 4-D short film ‘Northern Light’ during our public season. This film focuses on Edmonton’s dynamic history from the ice age to the present, and is free for all visitors to Fort Edmonton Park.
See a behind the scenes making of the new film “Northern Light”.

From September through April, the Capitol Theatre can also be used as a multi purpose facility for outside theatre groups, local film festivals, Annual General Meetings, children’s programming, corporate meetings and receptions as well as other types of gatherings.
Learn more about Capitol Theatre rentals. 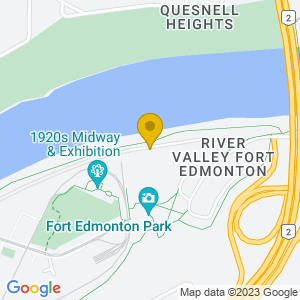